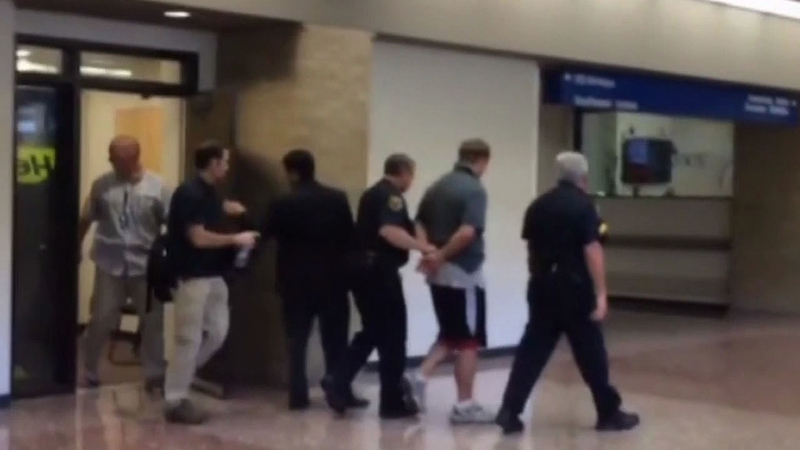 SAN MATEO COUNTY, Calif. (KGO) -- Authorities say a peninsula man caused a Virgin America flight to make an emergency landing. The flight was traveling from Boston to Los Angeles when it was diverted to Omaha's Eppley Airfield.

Cellphone video captures Adams being taken away by authorities at the airport in Omaha. The police report says Adams had been engaging in a sexual act.

Then when confronted, Adams attempted to open the door. An off-duty police officer was on board the plane and stopped Adams, who is believed to have been under the influence of drugs. A passenger on that Virgin America flight describes what happened in more detail.

"He was growing more upset and tried to pull the plastic latch off of a door and pull it open to try and open the aircraft door in flight. Apparently it can't happen, it doesn't work that way, but he was trying nonetheless to open the door," the passenger said.