KGO
SAN FRANCISCO (KGO) -- The Victorian made famous by the TV show "Full House" has become one of the most popular real estate icons in San Francisco.

Tourists take just as many pictures of the "Full House" home as they do of the "Mrs.Doubtfire" house and maybe the Painted Ladies.

Some of the show's cast members attended a party at the house Friday, adding their hand prints. The section of Broderick Street where the house sits was closed to traffic.

A neighbor had an ill-tempered interaction with the location manager of the show "Fuller House." It goes without saying, residents here are not feeling the love for the Hollywood cast and the creator of the series, Jeff Franklin, who now owns the home.

That same neighbor didn't like that we were taking pictures. "Go somewhere else," she said. "Why don't you go film Mr. Franklin."

Neighbors are infuriated by double parking while people get out of their cars to take pictures, and the total disregard for the people who live on the street. It's especially bad on weekends.

"No, it's not pleasant to live here with all of this going on," said neighbor David Natcher. "It's an attractive nuisance and it's going to get worse. And word is out that he's brought it back."

A few months ago Franklin took a picture of himself sitting on the steps of the house and posted on Twitter that he was in the market for a home. That was after the show's revival on Netflix. Now more tourists than ever drop by.

One of the mistakes people make is believing that the house is one of the Painted Ladies.

The second assumption that fans make is thinking that the kitchen and other rooms look just like the ones in the series. People have actually knocked on the previous owners' door to take a look.


"I looked it up online," said tourist Lauren Strecey. "And it looks totally different, beautiful, but I don't think Danny Tanner would have furnished it that way."

The new owner and neighbors now have to come up with a sensible way to coexist.
Related topics:
arts & entertainmentsan franciscocelebritydistractiontelevisionbuzzworthyhousingreal estate
Copyright © 2020 KGO-TV. All Rights Reserved.
RELATED 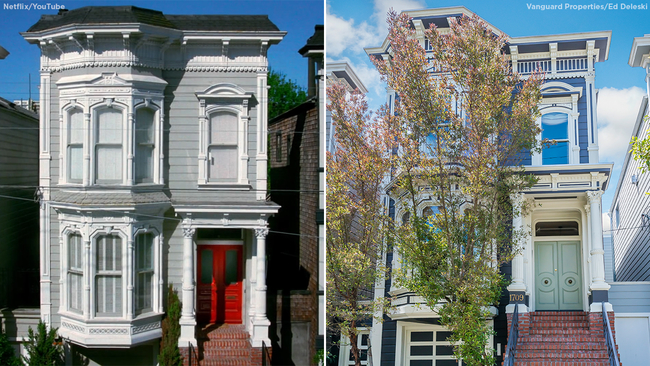 NOW AND THEN: The cast of 'Full House' 20 years later
REAL ESTATE