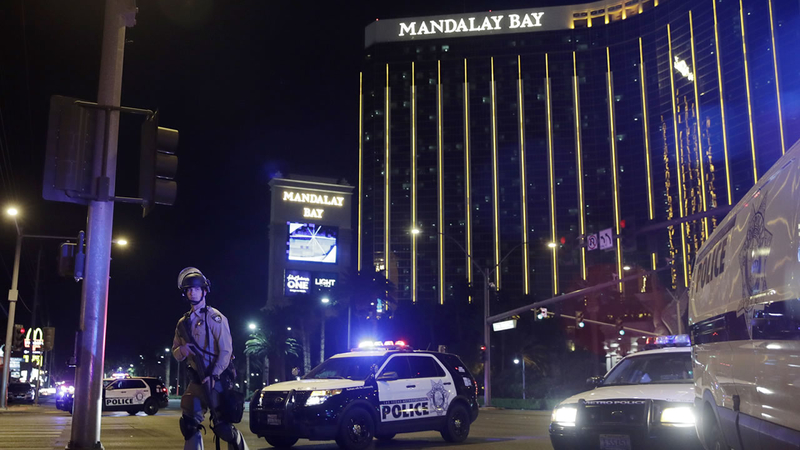 SAN FRANCISCO (KGO) -- During his 20 years in law enforcement, Adam Coughran specialized in security for the hospitality industry -- helping hotel and restaurant owners get inside the heads of criminals to stay one step ahead of them.

But Coughran says nobody was prepared for what happened Sunday night in Las Vegas.

"We've always thought of active shooters as a one-plane shooter: it's directly in front of you," he said. "Now, we have someone who's above. It's really an active sniper situation -- which we haven't seen a lot in this country."

Coughran, who's now retired from law enforcement and runs a consulting business out of Orange County, made plans several weeks ago to visit the Bay Area's monthly meeting of hotel security managers and speak about dealing with an active shooter. His timing, it turns out, was tragically apt. What's now been declared the worst mass shooting in modern U.S. history has irreparably changed hundreds of lives, but it could also change the face of U.S. hotel security, he said.

"I think there'll be certain things that'll start to lead down the road where you'll be losing a little bit of privacy in a hotel," Coughran said.

Here are some of the ways Coughran says things could change, if they haven't already:

"Most often, housekeepers come in, they clean, they're trained not to really look at anything, and they leave. Now, we're saying, 'look in that room, is there something suspicious? Is there something that is bothering you that you should tell somebody to further investigate?'"

Extra attention to baggage and belongings:

"We've learned through other attacks that when people stay in hotels, they tend to bring everything with them and leave it there. So, maps, weapons, cleaning solutions, radios, things that usually don't belong if you're a tourist in a town."

Special security for rooms with a view:

"Look at where your rooms face. If people are requesting certain rooms with certain views, sometimes it's for a fireworks show; sometimes it's to an event or a venue, for possibly this type of (criminal activity)."

"I think you will eventually see 'do not disturb' signs, or the request not to go into a room, start to go away."

In some other countries, X-ray machines and metal detectors are commonplace at hotel entrances. Coughran says he wouldn't rule out such measures gradually becoming a standard practice in the U.S. over the next ten years -- and he thinks travelers will embrace it.

"In my opinion? You should be feeling safer," he said. "If hotels are taking these proactive measures to ensure your safety while you're there, I'd be suspicious of hotels that are not doing that."