18-year-old in Florida charged with impersonating a doctor 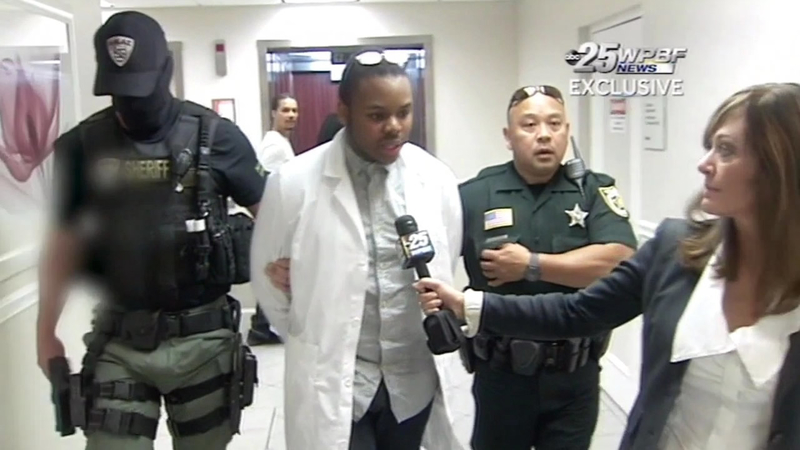 18-year-old in Florida charged with impersonating a doctor

FORT LAUDERDALE, Fla. (KGO) -- An 18-year-old man who police say liked to call himself "Dr. Love" has been released on bail after being charged with impersonating a doctor.

Malachi Love-Robinson was released from the Palm Beach County jail Wednesday on $21,000 bond on charges of practicing medicine without a license, fraud and grand theft.

Reporter: "They say you examined a patient today?"
Love-Robinson: "You will hear from my lawyer."

Hard to believe, but police say that "Dr. Malachi Love-Robinson" is no doctor at all and in fact he's a teenager, accused of trying to pass himself off as a physician for months.

Just because you saw a season of Grey's Anatomy doesn't mean you could practice medicine. https://t.co/tw8QUXjtsj pic.twitter.com/dCBZX8CYCU

Investigative reporters at our West Palm Beach affiliate WPBF-25 have been following the 18-year-old, and even sat him down for an interview. He admits that a year ago, he was the same teenager who police detained at a local hospital after a gynecologist found him in an exam room wearing a hospital lab coat and stethoscope around his neck.

Police say he liked to call himself "Dr. Love" and that he fooled his victims with an elaborate website.

In early January, he held a grand opening for this medical clinic. That's where police sent an undercover cop posing as a patient. When he started giving her a physical exam, she put him in handcuffs.

"This is not the first time I have been accused and I will pursue this," said Love-Robinson as he was led away in handcuffs.

Love-Robinson's grandfather, William Robinson, told the Sun Sentinel that his grandson never claimed to be a medical doctor, only a "holistic doctor." He said his grandson had never seen patients.