High rent forced her to move out of her Hayward apartment last year, Robertson said. Since then, she's been in between homes, splitting her time with her mother and daughter.

This is why Robertson put her belongings in the Public Storage facility on Washington Avenue. The unit stored Robertson's furniture and other items from her two-bedroom apartment.

Robertson said she got a call from employees on Friday morning, alerting her someone had cut the lock to her storage unit.

When she arrived, she said it only took one glance to realize the crooks got away with the most valuable items inside.

"My grandmother's ashes, my dad's ashes. All the antique stuff that she left for me," Robertson told ABC7 News. "I was her only granddaughter. All of that is gone."

Looking around her unit, Robertson explained she also lost several pairs of shoes and a leather couch, among other items worth money.

"All the material stuff that they took from me can be replaced," she said.

Robertson estimated those responsible took more than $12,000 worth of her belongings. However, she's only begging for the return of the albums and ashes.

She said crooks may have mistaken a duffel bag full of albums and boxes full of ashes for items of monetary value.

"They look more like jewelry boxes," she said. "They're real beautiful."

Robertson said her grandmother's ashes were kept in a wooden box with musical notes engraved with the name Alice Robertson.

Her father's ashes were stored in a burgundy box labeled Carl Lawrence Roquimore.

Robertson said she was told surveillance cameras at the Public Storage on Washington Avenue only record activity in and around the main office.

"She could see cars coming and going," Robertson explained. "But they only have cameras on the inside to watch them with the register."

Without surveillance cameras monitoring units, Robertson is afraid those memories are gone forever.

She's asking anyone who comes across the items to please turn the ashes and albums in to San Leandro Police.

"I just thought everything would be safe here," she said. "I would've never brought my grandmother and my father's ashes here if I thought somebody was going to break in here and steal them." 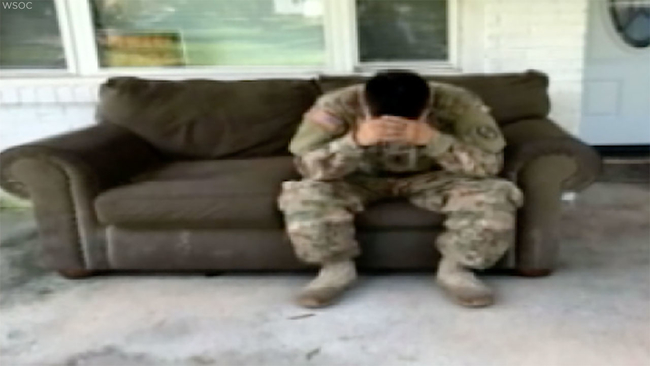