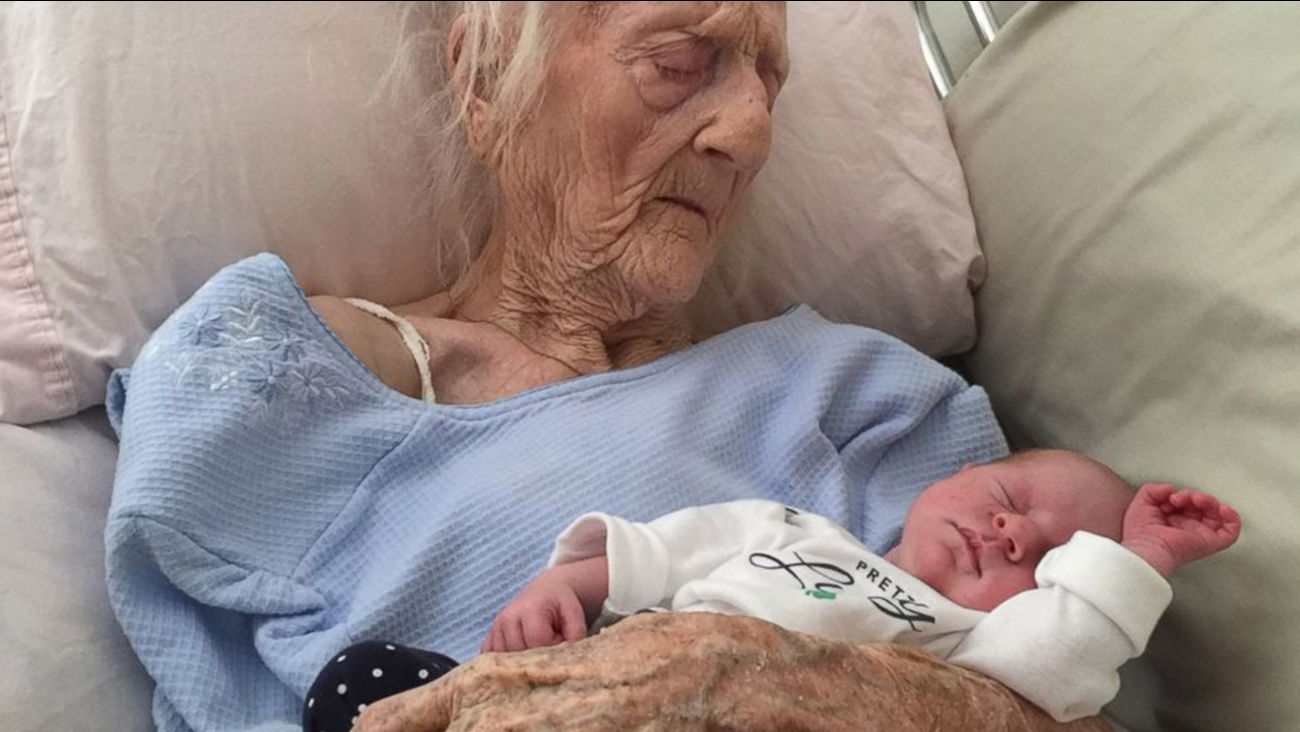 Rose Camfield, 101, passed away shortly after a photo of her holding her newborn great-granddaughter went viral. (Courtesy Sarah Hamm)

KGO
The 101-year-old woman who was subject of a touching viral photo passed away on March 30.

Rosa Camfield was a teacher born on June 13, 1913, and lived much of her life in Michigan. Camfield was featured in a photograph holding her great-granddaughter. The photo was first posted on Facebook by Camfield's granddaughter Sarah Hamm, and was shocked to learn is had been shared by millions across the internet.

"She passed away last night, so this was very bittersweet," Hamm, 33, told ABC News. "The photo was taken by me of my daughter Kaylee when she was 2 weeks old. It was actually the day she was being released in the hospital, so we were hoping that Grandma would get to meet her.

Hamm first posted the photo on St. Patrick's Day of her grandmother holding her now 3-week-old newborn. The image then circulated around the web, landing up on the parenting website Life of Dad. The image currently has over 2.5 million likes and 77,000 shares on its Facebook page.

"We were in complete shock that the picture took off like it did," Patrick Quinn, co-founder of Life of Dad, told ABC News. "When I posted it I thought a few of our fans would feel connected to it as I did. Then, within an hour, it was clear that I had underestimated the impact it would have with people as it was shared and liked hundreds of times per minute."

Hamm believes that her grandmother would have been touched by the gesture.

"My grandma would've loved this," said Hamm. "She would probably yell at me for taking a bad picture of her, but no, she would probably say it melts her heart."
Related topics:
family & parentingelderly womanchildrenfacebookbabyfamilyseniorsphoto
Copyright © 2020 KGO-TV. All Rights Reserved.
More Videos
From CNN Newsource affiliates
TOP STORIES
A Day On BART 2020: What riding the trains is really like