At least 1 dead, 1 hospitalized in crash off Hwy 9 in Santa Clara Co. 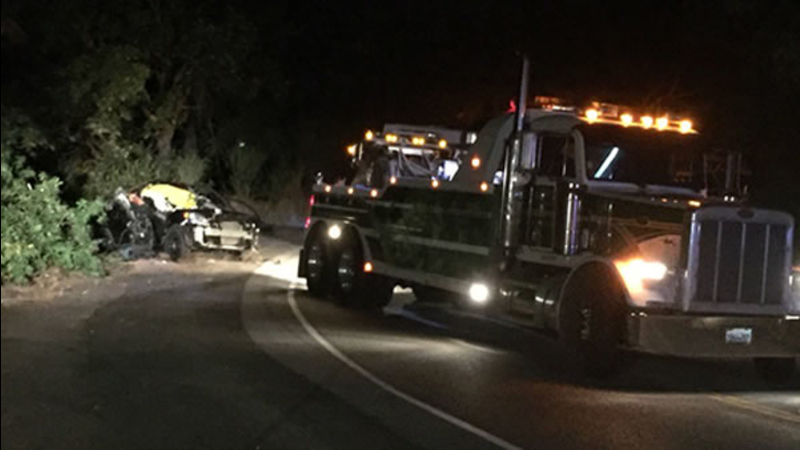 1 dead, 1 hospitalized in crash off Hwy 9 in Santa Clara Co.

SANTA CLARA COUNTY, Calif. (KGO) -- A 19-year-old woman died and a teenage girl is fighting for her life this morning after the car they were in plunged off a cliff.

The Nissan plunged into a wooded area along Highway 9, west of Saratoga, around 1:15 Wednesday morning. Highway patrol officers haven't found the 29-year-old man they think was driving. Firefighters even used heat-seeking cameras to see if he was injured and trapped somewhere.

"We were thinking possibly deceased in the car because of the position of the vehicle being off the side of the road. We couldn't tell initially but once we brought it up we realized the driver's body wasn't in it. We searched as far as we could think a body could be projected out of a vehicle with no luck," said CHP Sgt. Aaron Smallenberger.

Officers didn't find any skid marks, a sign that the driver never tried to slow down. Highway 9 has re-opened after being closed for several hours.