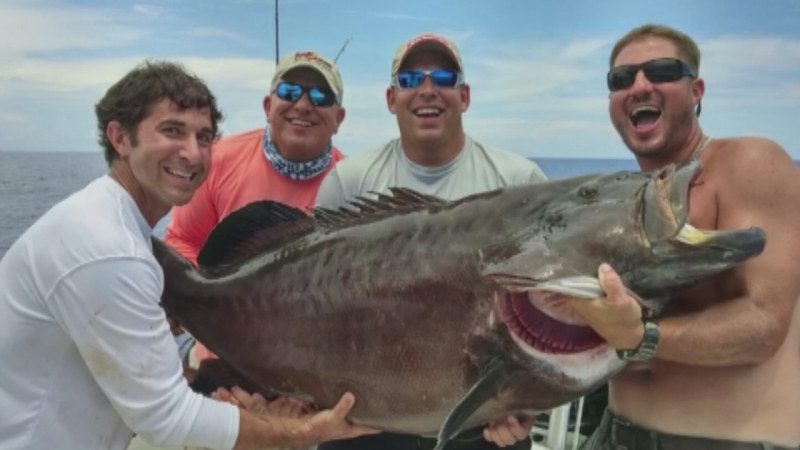 BONITA SPRINGS, Fla. -- A Florida man may have just set a new world record while fishing in the Gulf of Mexico.

Alex Newman took part in the annual Ronald McDonald House Charities Rodeo Fishing Tournament this past weekend, the News Press reports. After two-and-a-half hours of fishing, he hadn't caught anything worth bragging about.

"We thought we were defeated," Newman said. "Then all of a sudden our luck changed."

Newman began to reel in what would turn out to be a 124.18-pound black grouper.

"When we were lifting it up we couldn't lift it," Newman told the News Press. "I fish the Gulf a lot. This is the biggest fish I've caught. When that thing popped up it was like a dinosaur."

On top of the massive weight, the fish was 57 inches long with a 48-inch girth.

The International Game Fish Association says the current world record for a black grouper is 124 pounds. That fish was caught by Tim Oestreich in the Gulf of Mexico off Texas back in 2003.