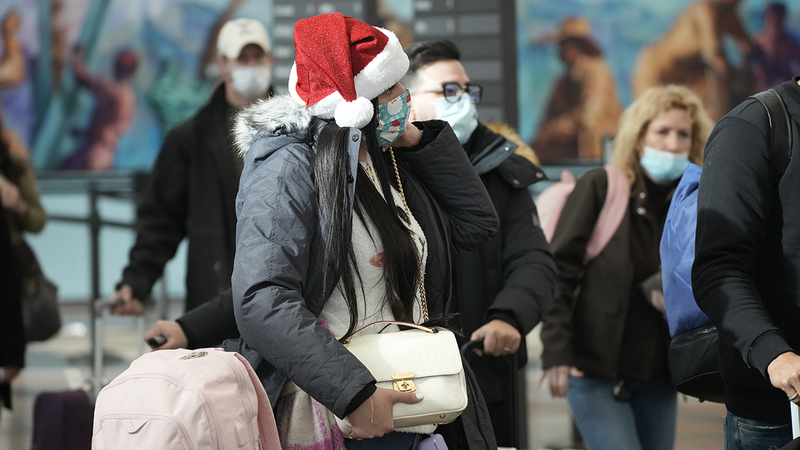 Airlines cancel hundreds of flights due to COVID impacts on crews

NEW YORK -- The end of the holiday weekend continued to be anything but merry for thousands of air travelers across the country.

There have been more than 2,700 flight cancellations since Christmas Eve as the recent COVID-19 surge has resulted in crew shortages and disrupted several airlines.

This comes on the day after Christmas, which is forecasted to be the third busiest air travel day for return flights.

More than 1,000 flights entering, leaving or inside the U.S. were canceled Sunday, and nearly 4,000 were delayed, according to flight-tracking website FlightAware.

Delta and JetBlue have called on the U.S. Centers for Disease Control and Prevention to shorten the quarantine period for vaccinated individuals to five days, to ease the crew shortage.