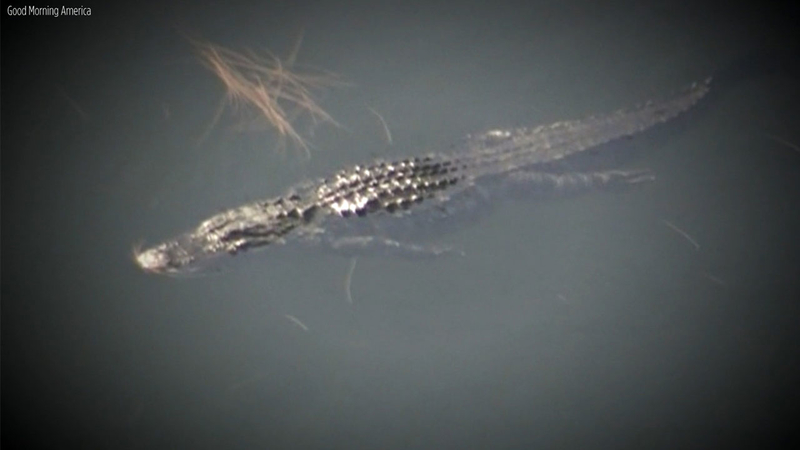 ALTOONA, Fla. -- A 911 call captured a mother's frantic pleas as her 15-year-old daughter was stuck up a tree with "gators surrounding her."

"My daughter's stuck in a frickin' tree and there's gators surrounding her," Rebecca Henderson told the dispatcher. "We can't get her out. Please, she's 15."

The incident happened Friday near a rope swing in a popular swimming area near Freak Creek in Altoona, Florida. Henderson said her daughter, Jordan Broderick, was floating on a raft when she saw the alligator. Unable to reach the shore, she climbed the tree in order to get out of the water.

Henderson told the dispatcher there were alligators on land and in the water near her.

"Oh my God, please hurry. Hurry, hurry," she can be heard saying. "Oh, my God, my daughter is going to be dead. Please hurry up!"

The teen was stuck for half an hour before a deputy came and killed the gator, according to a Lake County Sheriff's Office report.

When Deputy Mitch Blackmon arrived, he observed that the teen appeared tired and was screaming. He said that at least one of the alligators appeared unfazed by his arrival and was hissing as he approached.

Blackmon wrote in the report that he shot the alligator dead when it started approaching him.

"My presence failed to scare the alligator away and it began encroaching on my area," he said.

Authorities say alligators are particularly aggressive this time of year because it is the end of the alligator mating season.