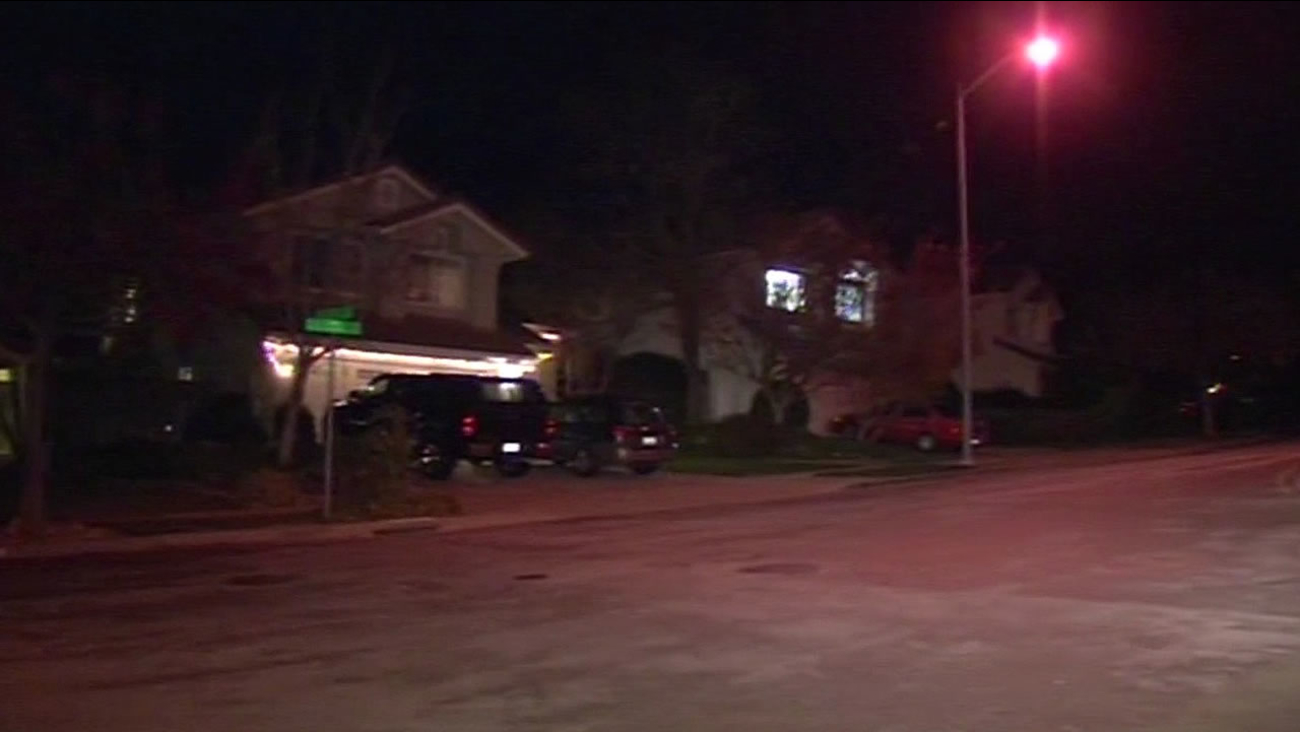 Residential street in Fremont where a coyote was killed by police after attacking three people on Christmas Day. (Dec. 26, 2014/ABC7 News)

The first call came in at 5:41 p.m. about a 42-year-old man who was walking to his car parked in front of a home in the 3100 block of Starr Street when a coyote bit his leg, according to police.

The man was then driven to a hospital to treat the bite.

Officers responded to the area, but could not find the animal.

Then at 6:28 p.m. a second call came in from a man who said he was running near his home on Montevideo Circle when he thought a wolf was chasing him. The man apparently kicked the animal off him and safely returned home.

Officers responded to the area, which was near where the first attack occurred, and looked for the animal.

During the search a third call came about a boy who had been bitten around 5:30 p.m. while walking on Via Oporto, about a block away. The boy's father had scared off the coyote, police said.

Officers eventually found the coyote on Nido Court, about a mile away, around 6:50 p.m. The animal looked sick and possibly injured, police said.

Officers killed the coyote and took its body to the Tri-City Animal Shelter in Fremont where animal service officers tested the animal for rabies and other diseases.