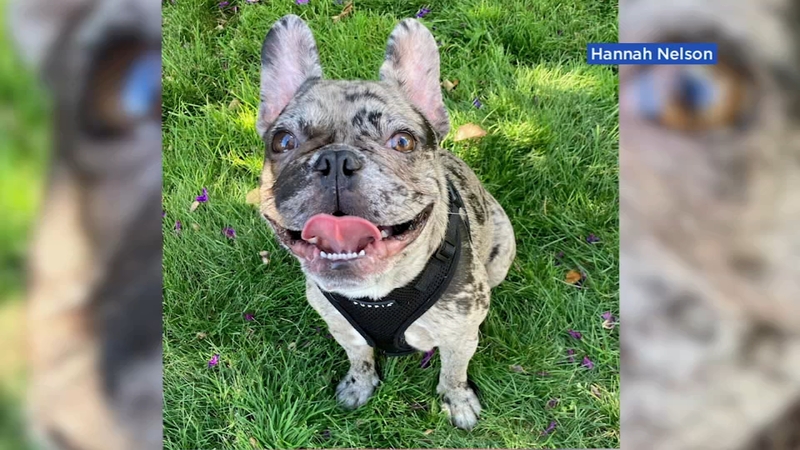 OAKLAND, Calif. (KGO) -- A woman in the East Bay is heartbroken and asking for help after her beloved French Bulldog was stolen at gunpoint in Oakland.

She says it feels like a piece of her heart is missing.

"He's part of my daily life. I sometimes forget what's going on and I look in the corner trying to find him, crying... We fell asleep yesterday without him in our bed," says Hannah Nelson.

Two-year-old French Bulldog Merlyn was stolen when Nelson was out-of-town for Thanksgiving. A friend who was watching Merlyn for the weekend was taking him for a walk near 24th and Valdez in Oakland Friday when two thieves with a gun grabbed the dog and ran off.

"After I called the cops my voice was shaking. As soon as I finished calling the cops and 911 and told them what happened, I just broke down in tears," says Marieke Bayens.

There is a reward for any information leading to Merlyn.