Gabby Petito's family posts emotional messages on social, call on Laundrie to 'turn himself in' 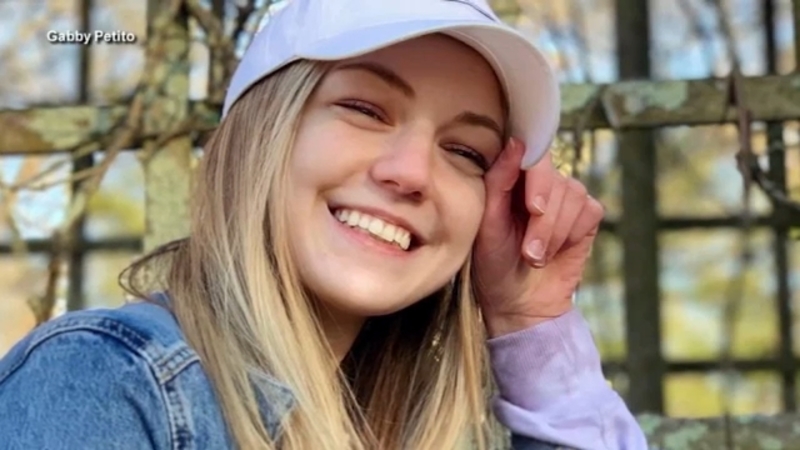 NEW YORK -- Gabby Petito's family joined Twitter Saturday to post emotional messages and tributes for the 22-year-old, including calls for her fiancé, Brian Laundrie, to surrender to police.

A chorus of tributes were posted Saturday by Petito's immediate family, many of whom joined Twitter, to remember Gabby, but also to urge her fiancé to turn himself in.

Petito's mother, Nichole Schmidt, wrote on Twitter, "Mama bear is getting angry. Turn yourself in!"

Both Gabby Petito's stepmother, Tara Petito, and stepfather, Jim Schmidt, took to Twitter to pay tribute to the 22-year-old.

"Gabby I will love you to the moon and back always and forever," Tara Petito wrote.

Gabby's body was discovered on Sept. 18 in a remote area in northwestern Wyoming. Her father posted a tribute on Instagram stating, "she is already saving lives."

"So many stories being sent to us about relationships being left with proper planning for safety, and people are being found due to her influence. We have much more work to do, but it's a start," he said.

Investigators are still searching for Laundrie.

Meanwhile, on Friday, new body camera video surfaced from a second officer responding to the 911 call of a domestic dispute between Petito and Laundrie while they were on the road back in August.

Petito looked at visible bruises on her body as the officer questioned her while she sat in the vehicle.

"Well, to be honest, I definitely hit him first," Petito said.

"Did he hit you though? I mean, it's OK if you're saying you hit him, and then I understand if he hit you, but we want to know the truth if he actually hit you," the officer said.

Officers later classified the incident as a mental health break and decided to separate the two for the evening.

The city of Moab has launched an internal investigation into how officers handled that stop.

Meantime, newly-uncovered police reports are shedding new light on the case and the search for Laundrie.

According to records obtained by ABC News, officers were called to the Laundrie family home multiple times before Petito was reporting missing.

Police responded to the house in North Port, Florida twice on Sept. 10, and then three times on Sept. 11, which is the day Petito's family reported her missing.

The nature of the calls has not been revealed, but Petito's father reportedly made all of the calls, concerned about her whereabouts.

ABC News obtained 46 pages of records of the calls that spanned Sept. 10-27.

Laundrie has been missing for nearly two weeks after returning from a cross-country trip without Petito, who was later found dead in Wyoming.

Gabby Petito was traveling with her fiancé, Brian Laundrie, in a cargo van the two had outfitted as a makeshift recreational vehicle for a months-long cross-country road trip when she mysteriously disappeared.

FBI agents returned to the Laundrie's home Thursday, spending time inside the house and inside the camper Laundrie and his parents took on a trip just days before he went missing.

The Laundrie family's attorney says agents collected personal items to "assist the canines in their search."