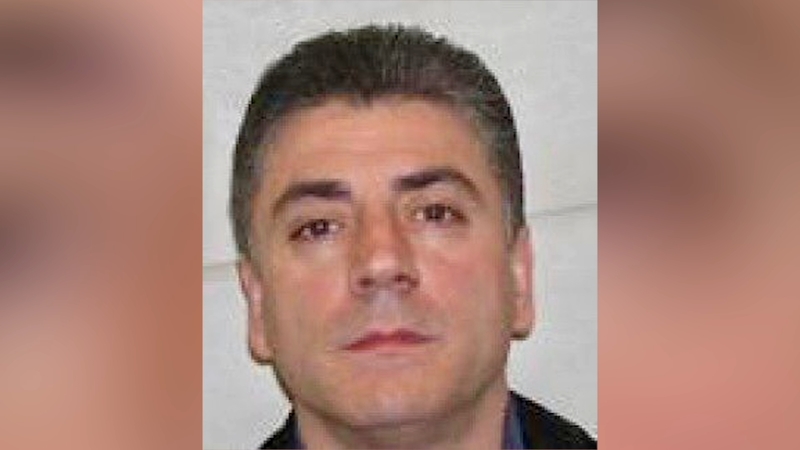 It was the first major mob hit within New York City's five ruling Mafia families in more than three decades.

The syndicate's mostly peaceful hibernation came to an end on Staten Island about 9:30 pm when law enforcement sources say as many as ten gunshots cut short Cali's life and his reign over the Gambino crime family.

Cali, 53, had apparently left his house telling family members that he thought his car had been hit, according to police.

Once outside he was riddled by gunfire in front of his home while his wife and child were inside. Cali died a short time later at Staten Island University Hospital North.

There were initial reports that Cali was also run over by the hitman's blue getaway pickup truck, but authorities now say that didn't happen.

Regardless, mobologists consider a hit on a crime syndicate boss at his home to be unusual and possibly a "message murder," even though it isn't apparent what the message to the Gambino's would be.

There has been a recent uptick in Mafia violence the past year in New York, most of it directed at lower echelon hoodlums including the shooting death of Bonanno crime family associate Sylvester Zottola, 71, at a McDonald's drive-thru in the Bronx last fall.

Perhaps that ambush and other less lethal skirmishes were small tremors leading up to the Wednesday night quake.

Investigators say they are considering if Cal's assassination signals the start of a new mob war; whether it could have been a one-off underworld solution to a specific problem or a renegade mob soldier with a beef against the boss.

Typically, crime syndicate slayings of this magnitude are not coincidental and bosses are almost never rubbed out without express approval from upper-level Mafiosi.

The last major mob hit in New York was in 1985 when then-Gambino boss Paul Castellano was shot dead outside Sparks Steakhouse in Midtown Manhattan. Castellano's killing was ordered by the iconic godfather John Gotti-and intended to clear a path for Gotti's immediate ascension to the top of the Gambino family.

Prosecutions and the 2002 prison death of Gotti, known as the "Teflon Don," left Gambino gangland operations in disarray.

Cali was thought to have righted the ship after being posted at the helm of the Gambino crime organization in 2015. Shunning the fancy pinstripe suits and public attention that his predecessors craved, investigators say Cali was a quiet workhorse, refocusing attention on core mob rackets including labor union corruption, loansharking and also on a burgeoning heroin and pain pill trade in New York.

For the NYPD and FBI now looking for motive and suspects in Cali's demise, a complicating factor is his close connection to the Sicilian Mafia. He is a native of Sicily and his wife is the niece of Gambino capo John Gambino. Authorities are considering whether the hit was ordered from overseas and if so, why.

Cali's criminal history is thin. He served only one prison term, 16 months for extortion back in 2008. The conviction, bargained down from a racketeering charge, involved a failed attempt to build a NASCAR race track on Staten Island.

Mob murders are not usually solved. In Chicago, where there have been more than 1400 Outfit-linked killings since before Al Capone's steely rule, only a handful have ever resulted in prosecution.

The past few decades Chicago gangsters have seemingly taken a kinder, gentler approach to their traditionally blood-soaked profession. There have been very few gangland killings here in recent years, although one high-ranking Chicago mob boss is still missing and presumed dead. Anthony "Little Tony" Zizzo hasn't been seen since saying goodbye to his wife and leaving their west suburban home for a meeting in 2006.

New York mob families had practiced a similar peacenik approach-until last night, presuming that Cali was indeed the target of a gangland hit.

Among the discussion points for local and federal law enforcement as they gather for their post-crime "roundtable" to discuss the evidence, is this quirk of timing: the surprise acquittal of two accused Bonanno leaders on the same day Cali was executed.

Their novel-and successful-defense for the jury was that they had been unfairly profiled because of their Italian heritage and that the Mafia was dead.