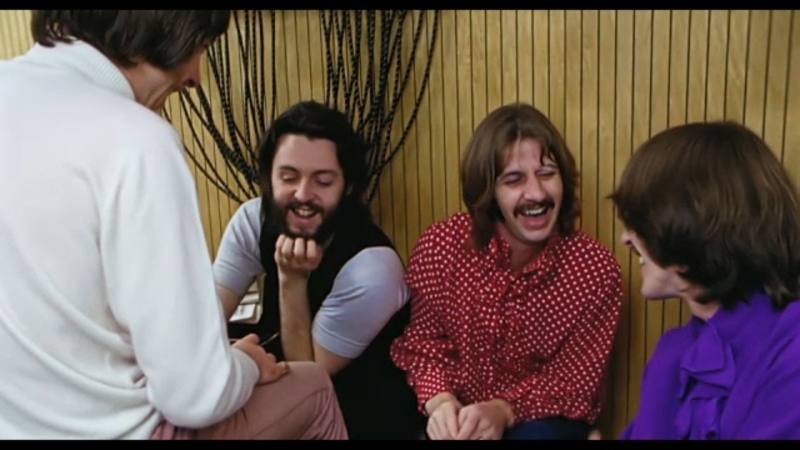 Oscar winning director Peter Jackson has just finished what he calls his dream job, as the famous fan of The Beatles edited almost 60 hours of footage of the band shot half a century ago during the recording of "Let It Be."

The result is "Get Back," a miniseries for Disney+ that premieres on Thanksgiving Day.

It is a revelation, and that's not an exaggeration -- especially if you came of age listening to the music of John Lennon, Paul McCartney, George Harrison, and Ringo Starr.

Even if you know a lot about them, the miniseries still redefines them.


ABOVE: Watch an extended interview with Peter Jackson as he explains how his miniseries shatters myths about The Beatles.

Watching their journey back to where they once belonged will leave fans forever changed and demonstrate to all who were born after their break up why these guys were so special.

"It's very entertaining, because they're trying to achieve something that's very ambitious, and a lot of things go wrong for various reasons," Jackson said. "And yet, they sort of get through it with friendship and humor."

The time is January 1969, and the events in the film unfold during the month after that.

The Beatles have just three weeks to record an entire album.

"You actually are journeying into 1969, and you're there and so it does feel like a time machine," Jackson said. "Plus, it's fly-on-the-wall. It's so intimate. You've never seen The Beatles like this before."

The surviving members of the group and the heirs of Harrison and Lennon gave Jackson carte blanche to turn dozens of hours into a miniseries.

There is no narration and no new interviews, rather it's a lean approach that pays big dividends and strips away the myths and legends about the group.

Yes, Paul and John wrote songs together until the end.

We are left with a new understanding of them as four blokes from Liverpool.

"These guys knew each other when they were 13, 14, 15 years old, and they have a deep, deep almost psychic connection with each other," Jackson said.

We watch as famous tunes come together, but tensions are also on the rise.

"George leaves," he said. "He walks out part way through, and he's gone for three or four days."

They get back together to finish the album and stage a final live performance.

"The Great" Season 2 begins streaming on Friday on Hulu, with Elle Fanning returning as Catherine the Great and Nicholas Hoult as the Emperor Peter, Sandy Kenyon reports.

The rooftop concert, lasting more than 40 minutes before being shut down by London police, is shown in its entirety.

Taken altogether, "Get Back" is proof of the band's remarkable resilience.

As McCartney says in the old footage, "The best bit of us has always been and always will be when we're backs against the wall. All we've got is us."

Jackson said he sent the finished film to Sir Paul McCartney, who saw it and said simply, "That's who we were back then."

It's film that shows some conflict but also much love and camaraderie.