GLEN ELLEN, Calif. (KGO) -- While fires raged in Santa Rosa, another fire, the Nuns Fire, was spreading to the South. In Glen Ellen, residents were being stirred from their beds by a firestorm. Many people lost everything. But on this one year anniversary, there is hope, a promise to rise from the ashes.

You can hear it in Melissa Lely's voice. "It's crazy, crazy, everything's on fire," she said on video taken with her mobile phone.

Melissa continued to narrate what they were seeing, "It's just insane there used to be a million buildings there, now there's nothing but ash."

When Melissa and her husband Austin awoke that evening they found a firestorm bearing down on their small Glen Ellen farm. An inferno later dubbed the Nuns Fire.

"At 11:30 we were woken up by our neighbors on the night of the 8th, and they said, everyone's got to go, you know everything is on fire," said Austin.

As they escaped the fire, they knew the small farm they had built on a college dream, Bee-Well Farms, would be no more.


"We were hit pretty hard because we were just about to go on full production pretty much for ourselves in 2018 so we had a big setback," said Austin.

When they returned to their farm the next day, there was a glimmer of hope.

All of their animals -- their goats, their cows, even the chickens -- had all survived. It gave the Lely's some hope they could rebuild.

"We had a really brief opportunity to change our lifestyle, said Melissa, "and we decided that the purpose and what we were doing was beyond ourselves and we had to just stick with it."

Now, the chickens are happy, and so are the cows, the herd is even a little bigger.

The debris has been cleared and there are crops to harvest. But, there is still a lot of rebuilding to do.

But the Lely's are back.

They are doing it all themselves.

Melissa Lely said, "It has been quite a challenge to have to reinvest money back into building the farm, re-buy all the materials and to produce something to sell at the same time."

Pumpkins anyone? Bee-Well Farms in Glen Ellen was destroyed by fire. They are back and selling pumpkins next weekend at there farm - Hwy12 at Trinity Rd just North of Sonoma. #SonomaStrong pic.twitter.com/k5eb0F9Q4n

Fortunately, they say business has been good. They've been selling out at farmer's markets, they say in large part because locals have wanted to see them succeed.

"The community has been behind us for the whole process, the rebuild and really want to support us and see us continue to be here and thrive," said Melissa.

They'll be opening their farm to the public this weekend.

The will be selling pumpkins for the first time, and planting seeds for a future that just one year ago didn't seem as promising.

If you'd like to check out that pumpkin patch for yourself, Melissa and Austin would love to see you. They'll be open this weekend. Bee-Well Farm is off Highway 12 at Trinity Road in Glen Ellen. 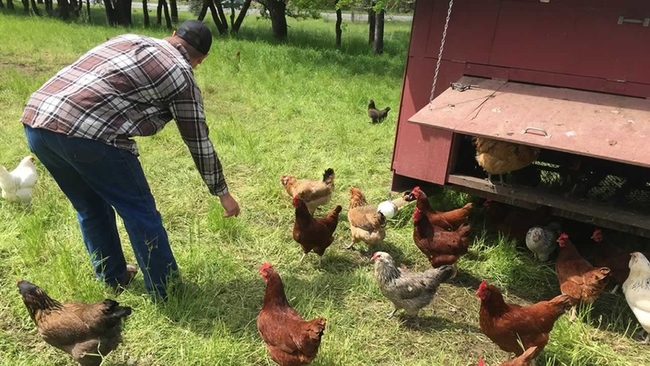