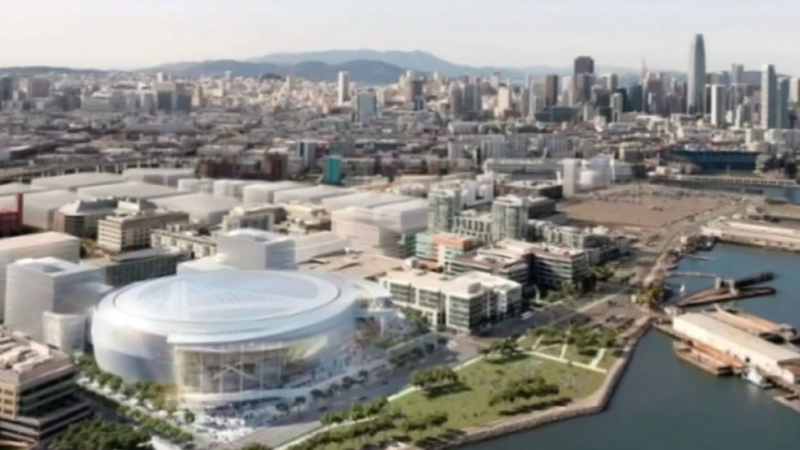 SAN FRANCISCO (KGO) -- Some big names have come out in support for a new arena for the Warriors in San Francisco's Mission Bay neighborhood. After new opposition to the plans emerged, that's when the heavy hitters came out to counter.

Salesforce CEO Marc Benioff and tech financier Ron Conway, both major donors to UCSF, say the new group that has come out against the arena is spinning the story.

Jack Davis was not well received by everyone at the Mission Bay Community Advisory meeting. He's a member of Mission Bay Alliance and says the Warriors Arena does not belong near the new UCSF Mission Bay Medical Center.

"This carny atmosphere taking place right opposite where there are people having chemotherapy infusion in the cancer center," Davis said.

He also claims the plan does not include enough parking, which the team refutes.

There are also multiple concerns about traffic. People who already deal with Giants' games know how bad it can be.

"Sometimes even up to two hours after the games have ended, it's a challenge to get to the resources I need," said Miche Weinberg, a Mission Bay resident.

She's still in favor of the arena, as is the South Beach-Mission Bay Merchants Association.

Mission Bay Alliance is not convinced and promises a fight.

A UCSF spokesperson says the university is encouraged by talks with the city and the Warriors that ultimately the arena will be a good neighbor.