ONLY ON ABC7NEWS.COM: Google Glass may be able to diagnose strokes 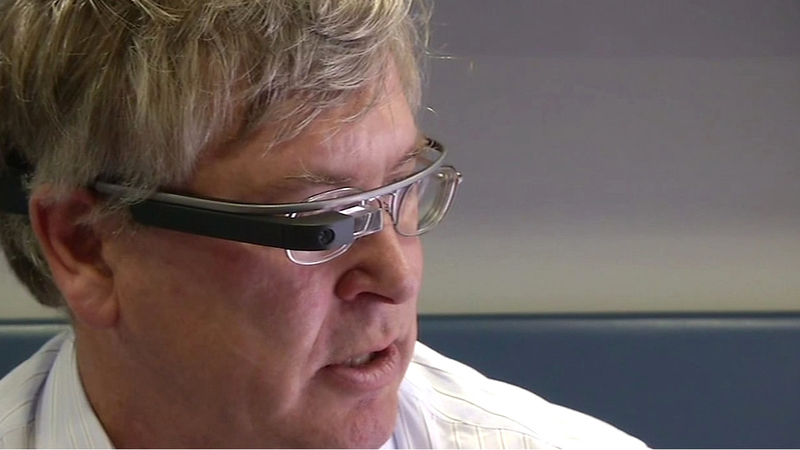 EXCLUSIVE: Google Glass may be able to diagnose strokes

SAN FRANCISCO (KGO) -- Of all the new gadgets invented here in the Bay area, few have been as widely anticipated and criticized such as Google Glass. However, Google Glass may be getting a new life with the people who could one day save your life. It's a story you'll see only on ABC7 News.

Doctors in white lab coats crowded around an ambulance where a patient some thought was dead was actually alive.

That patient is Google Glass. "The new version of Google Glass 2.0, that is much improved with many different features," Crowdoptic Senior Vice President Jim Kovach, M.D., said.

You can't buy the new version of Google Glass, except through a company like Crowdoptic.

Two years ago, they put Google Glass on the Indiana Pacers players and cheerleaders. And last year, they did a dramatization at a conference on stroke surgery.

Now, Crowdoptic has outfitted an ambulance to stream video back to the hospital from Google Glass and two other cameras all at the same time. "To kind of give you both sides of it, so you have this shaky thing that you can really get in there and see what the person's seeing, but you can also see the more wide angle view," Crowdoptic engineer Austin Markus said.

It's built to diagnose a stroke. "It puts a physicians eyes in the head of the paramedic," UCSF Neurovascular Services Director Wade Smith, M.D., said.

A neurologist can talk paramedics through the physical exam to diagnose patients on the way to the hospital. "I can stop what I'm doing, access this direct link, and help them and maybe meet them in the ambulance bay," UCSF Neurology resident Kevin Keenan, M.D., said.

Like other things in medicine, the new technology will have to be systematically tested and proven to work. That testing will begin at UCSF over the next few months. "I think we have to validate that actually this makes a difference," Smith said.

UCSF will outfit enough ambulances to measure how much time the system really saves.

They have high hopes. "We all want to help more people than we currently are and so being able to clone ourselves through a telepresence would allow us to help anyone around the city where this device is in place, instead of being stuck in one position," Keenan said.