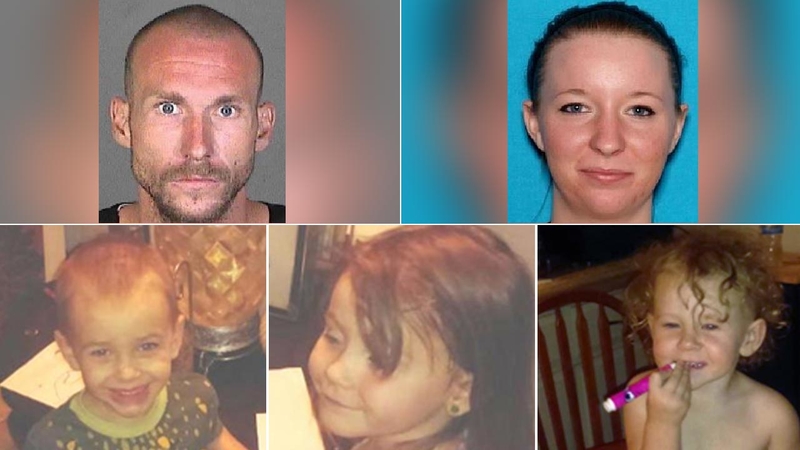 An arrest warrant has been issued for both Robertson and Humphrey, who are suspects in the kidnapping of three children, as well as persons of interest in the murder of Kimberly Harvill, the kids' mother.

"The children are at risk. We consider them at risk, and that's why we reached out to law enforcement in all those states, and they're working hand-in-hand with our investigators and trying to locate the children," said LASD Lt. Joe Mendoza.