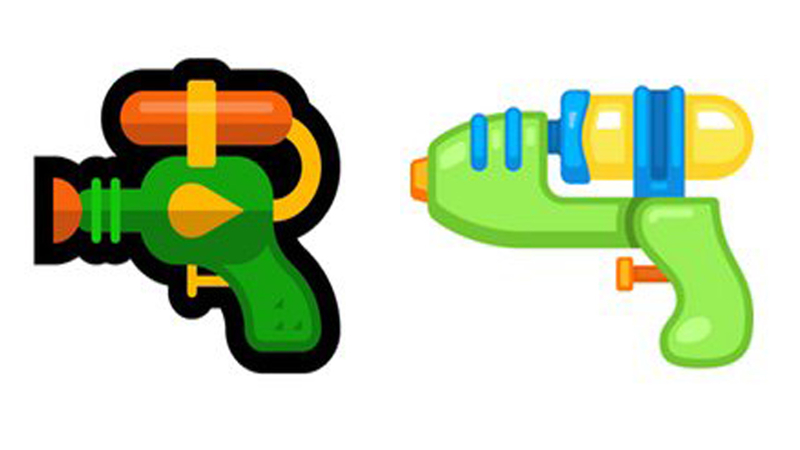 Facebook, Google and Microsoft are joining other tech giants in ditching their handgun emoji, choosing instead to render it on their platforms as a squirt gun.

Microsoft tweeted Wednesday that it was working to revamp its gun emoji "to reflect our values and the feedback we've received."

We are in the process of evolving our emojis to reflect our values and the feedback we’ve received. Here’s a preview: pic.twitter.com/BlB3yYTSht

Emojis work much like fonts. The nonprofit Unicode Consortium oversees which emoji characters exist, but it's up to individual companies like Apple, Microsoft, Twitter and others to design their own emoji characters and decide exactly how they will render on their individual platforms.

That's the reason that Facebook will soon swap out its firearm emoji. A spokeswoman told ABC Saturday that the company made their decision so that users would have a consistent experience across platforms, citing the confusion that could result if a user thought they were sending a squirt gun that was actually rendered as a firearm for some users.

Google has already begun to roll out its updated emoji to Android users, Emojipedia reported earlier this week.

With those three changes, all six major tech companies that design their own emojis have committed to rendering water guns in place of firearms (or are already doing so). Apple first changed its handgun to a lime-green squirt gun in 2016. Samsung and Twitter also followed suit earlier this year and changed their handguns to squirt guns.