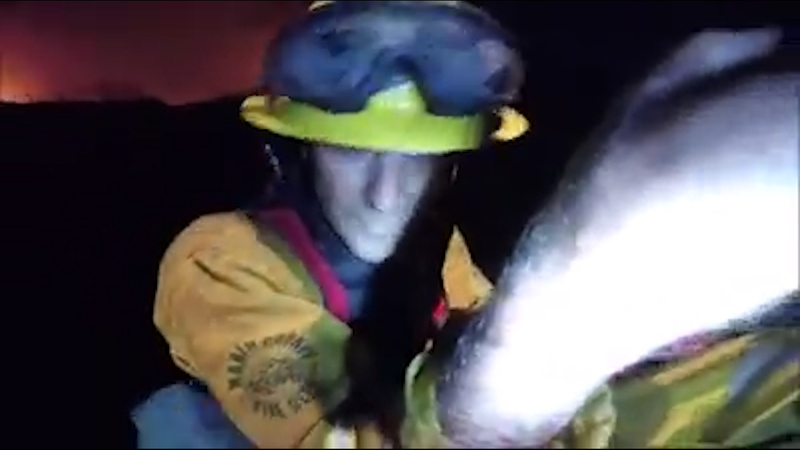 A Sonoma County Sheriff's Office helicopter rescue team saved two firefighters with the Marin County Fire Department on Friday night when they were suddenly trapped by flames from the Woodward Fire.

The sheriff's office said the two firefighters were deep in the brush near Point Reyes when they found themselves stuck on a ridgeline about 75 yards away from the advancing flames around 8:15 p.m.

MCFD requested Sonoma County's Henry-1 helicopter, which the sheriff's office said is the only helicopter in the region that can execute a vertical-reference, long-line rescue at night.

SEE ALSO: Here are all the fires burning in the Bay Area

A mile from where the firefighters were trapped, a tactical flight officer outfitted the helicopter with a 100-foot line and other specialized rescue equipment. The officer was then flown to the firefighters' location, and both were flown to safety simultaneously in one attempt.

"We are thrilled that both firefighters are unharmed and in good spirits," Sonoma County Sheriff's Office wrote in a Facebook post.

They added: "Our society depends on first responders to charge towards danger and place themselves in difficult situations, such as fighting a wildland fire in pitch-black nighttime conditions. Sometimes even first responders need a first responder, and nothing gets to these remote locations faster than Henry-1."