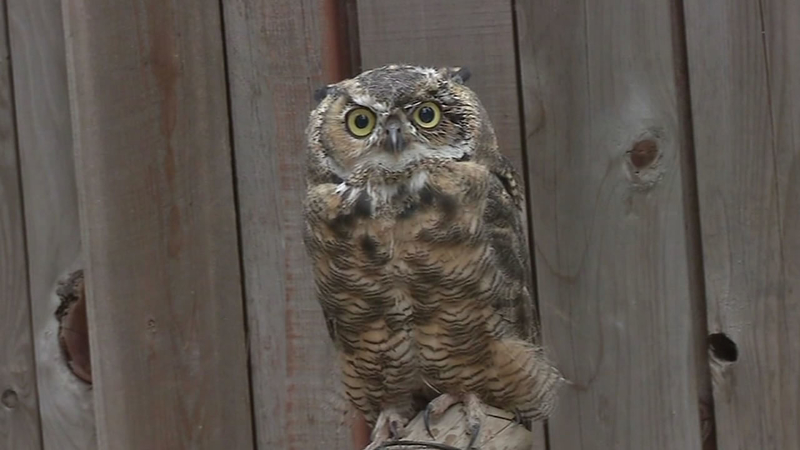 SOUTH LAKE TAHOE, Calif. (KGO) -- Lake Tahoe Wildlife Care has announced plans for a new much larger rescue center to help injured and orphaned animals get back into the wild.

The center has already come to the aid of more than 24,000 animals over more than 30 years. They handle a huge variety of animals and birds, almost everything you can think of, except mountain lions. Lake Tahoe Wildlife Care is the only place in California licensed to care for wild bear cubs. They currently have nine.

The non-profit center was started by Cheryl and Tom Millham, who run it out of their own house in South Lake Tahoe. Cheryl is a former nurse who turned into a wild animal expert. She and Tom did not have the money for a separate building, so they had no choice, but to do the animal care at home. The medical clinic is a room over the Millham's garage. Their backyard is filled with custom animal enclosures, created for creatures that like to climb, need to room to fly, or just a peaceful place to recuperate.

During the summer, there is a constant stream of new arrivals every day. When ABC7 News was there, a couple brought in an injured nuthatch found in their yard. Cheryl looked him over and pronounced, "He's missing tail feathers so I would say probably the cat got him." The little bird has some feather damage and will get a more thorough exam after he gets some rest.

Volunteers help with feedings which can require a lot of patience. Tiny animals eat only a tiny amount at a time, so they have to be fed constantly. We watched volunteer Kylie Novasel struggle to feed a 2 -week-old chipmunk that would only eat a few drops at a time.

Lake Tahoe Wildlife Care has become so successful, it is running out of room. When the Millhams first moved into their house, there were very few others nearby. But over the years a neighborhood has grown up around them, so it's not such a great spot for wild animals anymore. Cheryl says there is another issue as well. She told ABC7 News, "I am getting old, and it's time I handed it over because I want the wildlife center to keep progressing and keep growing."

The Millhams and their volunteers have been searching for a solution for years. Now, thanks to hard work and generous donations from animal lovers, Lake Tahoe Wildlife Care will get a new home. Tom is thrilled. He said, "On a scale of one to 10 it's about a 50!"

If all goes as planned, the center will move to a 27- acre property in South Lake Tahoe in about two years. The first phase of the project will include a caretaker's home and a new medical clinic, designed by veterinarian Kevin Willets, who already provides free medical care for the animals. There will also be big improvement in housing for future patients. Tom says the design calls for "at least double, triple or quadruple the size of the current cages that we have."

The wildlife center has more than $3 million for the project already, but needs at least $1 million more to make the move. There are also plans in the future for phase 2 which will include a sanctuary for animals that cannot be released and an education center.

Once the center opens, the Millhams plan to retire from 24-hour a day animal care, but they will stay on as advisors because, as Cheryl says, once you save an animal, you are hooked. "They are just so intricate and so perfect that, that yes, I still get a thrill out of these little guys."

On Sunday, August 3, Lake Tahoe Wildlife Care will hold its once-a-year open house, which is the only time the public gets to see the animals. And of course, they still have a lot of money to raise for their new home.

Open house information
There is also a fund to help feed the 9 orphan bear cubs before they can be released.