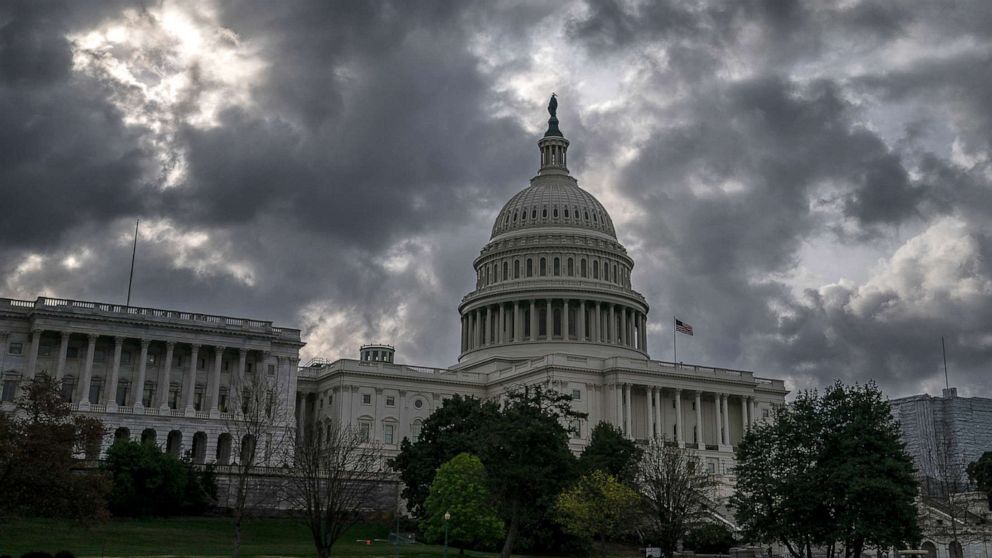 ABCNews
By KATHERINE FAULDERS
The House of Representatives voted 230-198 to hold Attorney General William Barr and Commerce Secretary Wilbur Ross in contempt of Congress on Wednesday, related to the House Oversight Committee's investigation into efforts to add a citizenship question to the 2020 census, marking one of the most significant escalations to date in the Democrats' efforts to demand the Trump administration cooperate with their oversight efforts.

All Republicans and four Democrats voted no.

Last month, the Oversight Committee voted to recommend that the full House of Representatives hold the two in contempt after President Donald Trump asserted executive privilege over materials related to their census investigation.

Chairman Elijah Cummings has accused both the Justice and Commerce Departments of stonewalling his investigation by withholding documents and preventing witnesses requested by the committee from testifying on the issue.

The resolution would refer the matter to the U.S. Attorney of the District of Columbia, a Trump appointee in the Justice Department who is unlikely to pursue the matter. It would also pave the way for Democrats to seek enforcement of their subpoena in civil court, which could lead to a prolonged legal fight.

There is precedent for this. President Barack Obama's former Attorney General Eric Holder was held in contempt for spurning Republicans demands in their investigation of a federal gun-running scheme known as Operation Fast and Furious. The U.S. Attorney at the time never prosecuted Holder, because he was protected by an assertion of executive privilege by the Obama White House.

In an announcement from the White House Rose Garden last week, Trump backed down from his effort to include a citizenship question on the 2020 census, and instead issued an Executive Order that instructed the Commerce Department to obtain an estimate of the U.S. citizenship through other means.

"The President just admitted what his Administration has been denying for two years -- that he wants citizenship data in order to gerrymander legislative districts in partisan and discriminatory ways. This never had anything to do with helping to enforce the Voting Rights Act. That was a sham, and now the entire country can see that," Cummings said in a statement following the announcement. "The Administration needs to turn over all the documents the Committee has subpoenaed on a bipartisan basis, or else the House will vote to hold Attorney General Barr and Secretary Ross in criminal contempt."

Cummings has said that the committee has obtained new evidence that shows Ross was pushing staff to add the citizenship question months before the department made the request, and that he was doing so at the urging of the White House.

Assistant Attorney General Stephen Boyd argued in a letter last month that the department has sought to engage in good faith with Cummings and handed over thousands of documents relevant to its investigation.

Boyd accused the committee of refusing to engage with the department over a "limited subset" of the requested documents that might be privileged information.
Report a correction or typo
Related topics:
abc newsnational
Copyright © 2020 ABC News Internet Ventures.
More Videos
From CNN Newsource affiliates
TOP STORIES