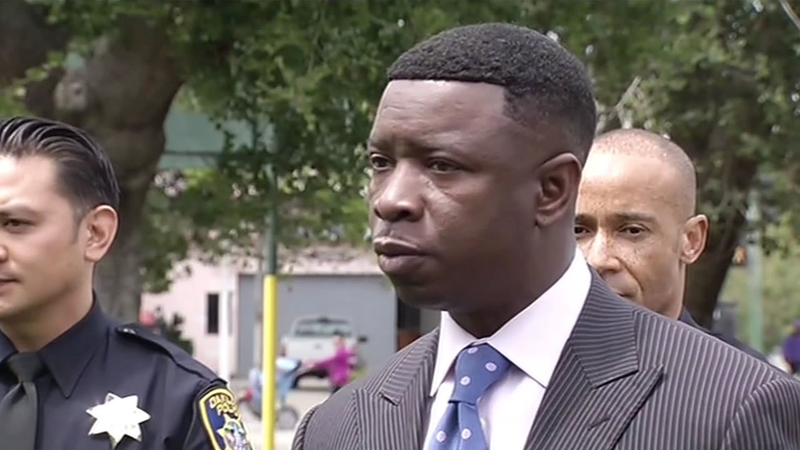 OAKLAND, Calif. (KGO) -- The ABC7 I-Team has learned there may be more fallout Wednesday in a murder case handled by an Oakland police detective.

That detective was put on leave for letting his ex-girlfriend type up his police reports. And now the Alameda County public defender wants all cases handled by that detective reviewed and possibly dismissed.

Sgt. James Michael Gantt let his girlfriend type up police reports, according to what his own attorney told Bay City News.

A transcript of Sgt. Gantt's testimony during a hearing in that case last year raises several questions. Gantt told the court he took numerous witness statements and conducted several interviews. It's unclear what material he provided to his girlfriend to help her help him write his reports.

But during cross-examination, Gantt seems to surprise both defense attorneys and prosecutors when he produces hand-written notes he took during an interview with a key witness.

One defense attorney points out: "I don't have those, nor does the district attorney, nor does defense council Mr. Stallworth, because they were not provided in discovery."

A few minutes later Gantt is asked: "Did you turn over your notes from your interview with (the witness) to the district attorney? And he replies: "No, because I couldn't find them." Gantt tells the court he found them "last night."

Gantt's role in the investigation of the Salamon murder case is likely to come up at a Wednesday hearing in Oakland.

And with a trial scheduled for July, more could be learned about Gantt's conduct and how it will affect the prosecution of the two men accused of Judy Salamon's murder.
Related topics:
educationoaklandscandalopdi teampolice
Copyright © 2022 KGO-TV. All Rights Reserved.
I-TEAM
Customers wait 7+ days to get COVID test results from local company
Marines called in to inspect $10M worth of PPE left out in rain
Need a COVID test? Doctors say don't go to the ER
More than $10M of PPE left in the rain in San Mateo Co.
TOP STORIES
UCSF doctor says free at-home COVID tests too little, too late
FedEx driver perfectly launches package at front door of SF home
How injury-riddled 49ers can beat the Green Bay Packers
Bay Area synagogues participate in active shooter training
At-home COVID-19 test request website goes live 1 day early
Doctors weigh in on what future of living with COVID looks like
SF's crabbing industry struggles to stay afloat
Show More
Here's how you can get free home COVID tests
New date, venue announced for Grammy Awards
Sickout planned in Oakland as students go back in Hayward
Calif. students to get subsidies for volunteering
Report: Amy Schneider would consider hosting 'Jeopardy!'
More TOP STORIES News