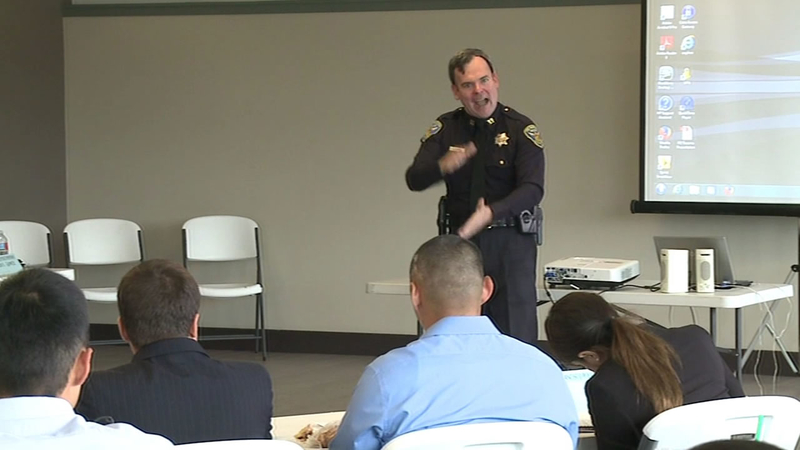 The focus is on de-escalation -- a major challenge considering police handle 3,500 crisis calls each month, often involving suicidal, mentally ill or armed subjects. The department gave us unprecedented access to take you from the classroom to the streets.

"Welcome to the 21st century of policing," says Capt. Jack Hart, as he addressed 43 new police recruits on the first day of crisis intervention training, also known as CIT.

Right away, he stressed the importance of their role as police officers: "The actions of any of you in this room in an instant can impact a person for life and a community for generations. We have to get it right."

Hart gives his unique definition of what it takes to be a great cop, facing a person in crisis: "I am here for you and I want your pain and suffering to end and I'm here to help that any way that I can right now in this moment. That is the definition of what a good police officer is."

The I-Team left the classroom to watch CIT training in action, with Officer George Luedtke.

"You guys didn't see anybody out here having a fight did you?" he asks two men on the street as he checks out a call about a domestic dispute.

In 13 years on the job, he's had to disarm gunmen, negotiate to get hostages released and prevent suicides.

He arrived at the scene of small accident, which turned into an argument. "So everybody's OK, that's the main thing, right."

Three hours into his shift a call came in over the radio about a young man who's out of control. "He's jumping up and down, and he's talking nonsense, he has a history of being violent."

To protect the privacy of the family, our cameras remained outside. An hour later, the young man was taken away, restrained but unharmed. He had two swords in his room, but never tried to attack the officers.

Back in the car, Luedtke reflected on what could have gone wrong. "He's a big dude, altered mental status, he had the swords. I gotta be honest with you, that could have gone very poorly. You know the technique is talking, it's allowing the person to vent."

Back in the classroom, Lt. Mario Molina, who runs the CIT program for the SFPD, described a technique called "grounding," a way of dealing with someone in an altered state.

"What do you see? And so that focuses on one thing only, right? What do you hear?"

When police respond to a crisis call, a scene is most likely to turn deadly within the first 90 seconds. Psychologist David Elliott Lewis teaches the new recruits to slow down.

He sat down with us to review the recent police shooting of Luis Gongora, a homeless man in San Francisco.

As he watched the officers exit their squad cars, he says, "The first words are, 'What's going on? And then wait for a response, stop closing distance."

As he sees it, the officers do some things right. "Watch how slowly they're walking, which is good. But that's where good ended and bad started."

Within 30 seconds, police fire live rounds, killing Gongora. Police say as they approached, Gongora moved towards them with a knife in hand.

Frustrated, Lewis says, "This is not what we teach, but again, this is the rare exception."

Last week, at the second annual CIT awards, Chief Chaplin recognized officers who spent seven hours negotiating with a man who was threatening them with knives.

One of the recent winners is officer Luedtke. When a former Marine said he wanted to kill cops, Leudtke shared his own experiences in Iraq and Afghanistan.

"And I said, do you really wanna hurt other Americans. And he says, 'Hell no!'"

The man agreed to go peacefully.

Luedtke gets emotional when he recalls the man's vulnerability. "He asked if I was gonna be outside, so I said I was. It worked, that's a win."