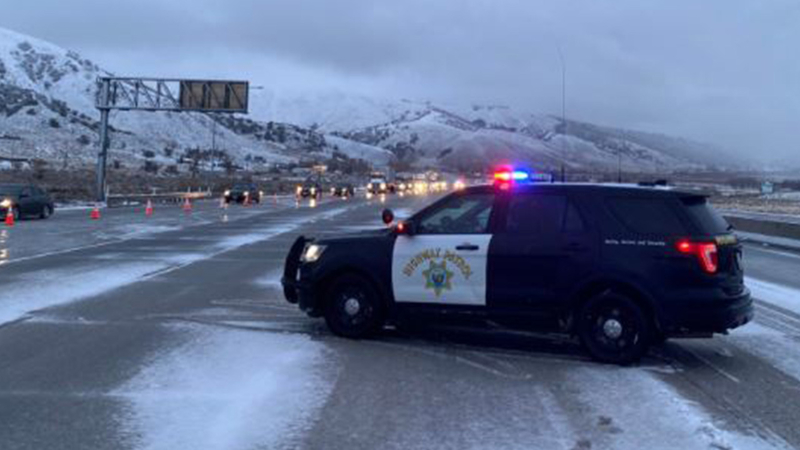 KERN COUNTY, Calif. -- The California Highway Patrol and Caltrans are reopening both directions of Interstate 5 over the Grapevine with escorts.

The pass was closed Thursday morning due to snow and ice.

Officials with CHP Bakersfield say State Route 58 through Tehachapi is still open for drivers traveling between central and southern California.

The National Weather Service in Hanford reported that snow levels dropped to 4,000 feet along the pass.

We have now begun escorting north and southbound I-5 traffic. Drive safely and patiently, continuing to watch your speed and following distances. pic.twitter.com/H7YLih3rha

Drenching rains fell across a swath of Southern California on Thursday morning.

Northern California was finally mostly free of storm warnings but chains were required on major highways through the Sierra Nevada due to icy conditions.

On the scenic central coast, a 10-mile (16-kilometer) stretch of often-troubled Highway 1 remained closed by a weekend slide in San Luis Obispo County.

Forecasts called for California weather to generally dry out for the New Year's weekend before more storms next week.