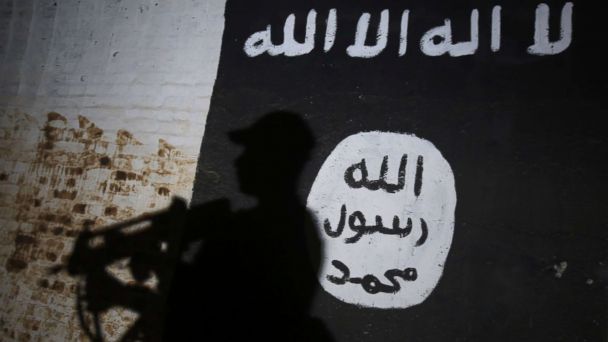 The American ISIS fighter who has spent months in U.S. custody without charges told government investigators that he originally traveled to Syria as a journalist, was kidnapped by ISIS, and then joined the group, according to new court documents.

The lengthy filing known as a factual return -- used by the government to justify his ongoing detention and the suspension of Habeas corpus -- offers the first detailed timeline of his time with the terror group and some fascinating insights into life under it, including an ISIS plot to bring down an airliner with microwaves.

The man, who has requested anonymity, was first detained last September by Kurdish forces of the Syrian Democratic Army, America's ally on the ground in Syria, who then handed him over to American officials. The American Civil Liberties Union, which is representing him, has denied the allegations against him and demanded that the U.S. either charge or release him.

The U.S. says that because he is an "enemy combatant" who was captured on the battlefield fighting with ISIS, he can be detained indefinitely, citing the 2001 Authorization for the Use of Military Force that gives the president the legal ability to go after al Qaeda, the Taliban and their supporters.

The new document is redacted in parts to protect the man's anonymity and the government's intelligence, so basic details like his name and age are still unknown. But there are other key details: He is a dual American-Saudi citizen who is married and has a 3-year-old daughter; he has an electrical engineering degree from a college in Louisiana; and he worked in various family businesses in Saudi Arabia and Bahrain from 2006 to 2014.

The man started to express interest in joining ISIS on social media accounts in summer of 2014, according to the U.S. government. He "registered" as an ISIS "fighter" in July 2014, and stayed in Syria for a couple of months, although in his interviews with investigators, he did not mention that. Instead, he said he was in the U.S. at the time, trying to "register" his newly-born daughter, the government alleges.

According to travel documents the U.S. claims to have, he actually traveled to the U.S. that June, spending a few weeks in the country while trying, but failing, to get his daughter a passport. It was after that trip that he returned to the Middle East and, alone in July, made his way to Syria for the first time, the government says.

He traveled to Bahrain in October 2014 for a few months before returning to Syria in early 2015. In those interim months, he had extensive social media interactions with the terror group, the government alleges.

But in his interview with investigators, he said he wanted to travel to the war-torn country to report on the crisis there. He even claimed to have press credentials, although the name of the news agency he cited is redacted.

After slipping into Syria through Gaziantep, Turkey, in March 2015, he was kidnapped by ISIS, imprisoned for seven months, and taken to Dayr az Zur, Syria, he allegedly told U.S. officials. The city was an ISIS stronghold at the time, and he ended up joining the group, according to officials.

He signed up in an ISIS recruiting office, attended a training camp, swore allegiance to the leadership, and worked in various administrative jobs, such as getting fuel and handling finances for a military unit, according to documents. The U.S. government calls him a "fighter," but it never details whether he picked up a weapon and actually fought. In fact, he once abandoned his post as a guard of an oil field and was caught by ISIS in Dayr az Zur. He was sent to two months in prison.

The ACLU said that it's evidence he is not an ISIS fighter, but a prisoner, and that the allegations against him are "riddled with inaccuracies, fundamentally misleading, and replete with irrelevant information."

"As Petitioner told the government, Petitioner sought to understand firsthand and report about the conflict in Syria; was kidnapped and imprisoned by ISIS; and tried numerous times to escape-and not even the government alleges that he ever took up arms against the United States or anyone else," the group said in a statement Wednesday.

But after that second time in jail, he went back to work for ISIS, supervising civilians using heavy equipment. He was offered a job assisting Abu Umar al-Masri, a top ISIS leader, on a special project to bring down an airplane using a satellite dish-like machine that transmits microwaves. He said he turned it down and, instead, was allowed to buy some land and started raising sheep, which he did along with the supervisor job.

In summer 2017, he started to plot his exit from ISIS as the group suffered more and more battlefield defeats, pushed out of its so-called caliphate. He saw others fleeing and sought his own way out.

He asked his sister for money; it never came. He tried to pay a man to smuggle him; he got swindled. He tried to sneak out with a group of refugees; they did not let him join.

Instead, he was captured on or about Sept. 11, 2017, by Syrian Democratic Forces, traveling alone on foot for two days and encountering them as they headed toward Dayr az Zur to expel ISIS. They say he identified them as "Daesh," an Arabic acronym for ISIS, and that his name, date of birth, and phone number were in records of ISIS fighters the U.S. had independently acquired from the terror group.

He had a GPS device, $4,210 in U.S. currency, two thumb drives, clothes, hats, a scuba snorkel and mask, and a Koran with him when he was caught. The GPS would be unusual for someone who did not have closed ties to ISIS leadership, the U.S. has argued. And the thumb drives contained thousands of files, including personnel files on other ISIS members and over 10,000 photos, many depicting military handbooks on weapons, bomb-making instructions, combat operations and interrogation techniques, the U.S. said.

The ACLU is challenging his indefinite detention, but so far, a federal judge has only ruled that the man has a right to legal counsel and that his lawyers be given advanced notice before he is moved into a third country's custody, like Saudi Arabia.

It's unclear still what the Trump administration plans to do with him -- charge him in U.S. courts, move him to the prison facility at Guantanamo Bay, or something else.
Report a correction or typo
Related topics:
abc newsnational
Copyright © 2021 ABC News Internet Ventures.
More Videos
From CNN Newsource affiliates
TOP STORIES