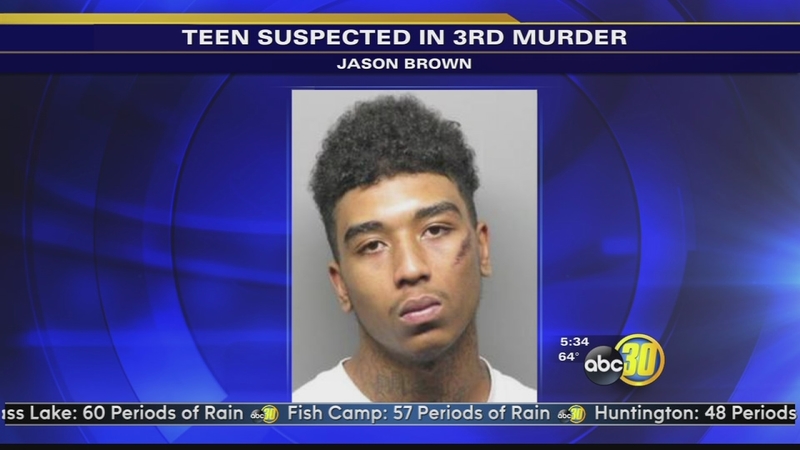 FRESNO, Calif. -- A teenager suspected of two murders, one in Fresno and another in Livermore, is now believed to be involved in a third killing in Sacramento.

Investigators say 18-year-old Jason Brown shot and killed a 53-year-old man last month -- over drugs. Police say Brown, and one other man named John Bunch, carried out the murder in a Sacramento parking lot -- shooting the victim in the chest. Bunch has since been arrested.

Brown is wanted in Fresno for the September 12th killing of 27-year -old Albert Thao at the Mekhong Restaurant. Investigators discovered the victim and suspect called each other several times, right before the shooting.