Cyberattack forces beef producer JBS to shut down plants: What that means for your meat supply 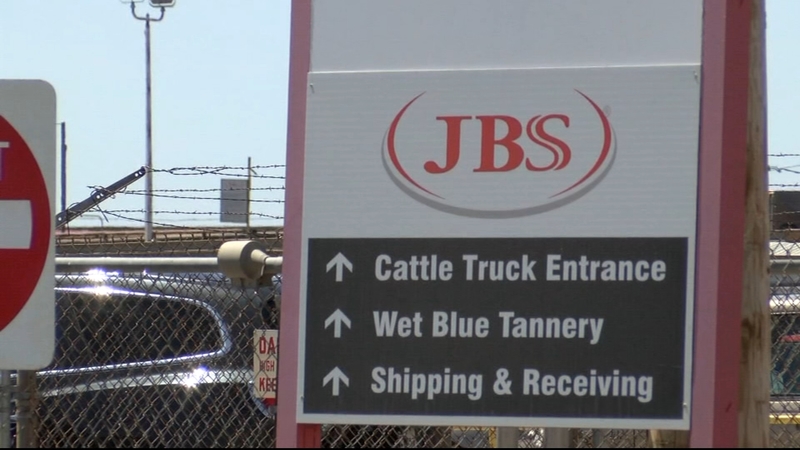 GREELEY, Colorado -- Shoppers may want to brace themselves for yet another possible supply crunch - this time with meat.

JBS USA, the country's top beef producer and its second largest producer of pork, suffered a cyberattack this weekend, prompting reported shutdowns at company plants in the United States and globally.

On Tuesday evening, an official from the United Food and Commercial Workers union said all US JBS beef plants are shut down.

JBS did not immediately respond to a request for comment. However, the company released a statement Tuesday night indicating most of its food plants will be open Wednesday.

"Given the progress our IT professionals and plant teams have made in the last 24 hours, the vast majority of our beef, pork, poultry and prepared foods plants will be operational tomorrow," said Andre Nogueira, CEO of JBS USA.

The company also said "JBS USA and Pilgrim's were able to ship product from nearly all of its facilities to supply customers."

Does fallout from the attack mean a tighter meat supply ahead, and as a result, higher prices? That depends on how quickly the issue is resolved, according to experts.

"Even one day of disruption will significantly impact the beef market and wholesale beef prices," Steiner Consulting Group, which specializes in commodity prices, wrote in a note Tuesday.

Partially, that's because of the high demand for burgers and other beef products during Memorial Day Weekend.

"Retailers and beef processors are coming from a long weekend and need to catch up with orders and make sure to fill the meat case. If they suddenly get a call saying that product may not deliver tomorrow or this week, it will create very significant challenges," Steiner explained.

The attack could also "limit pork supply availability and push up pork prices in the near term," Steiner said. The group noted that "we think this is a major issue but much will depend on how long the disruption persists."

Steve Meyer, an economist with commodity firm Kerns and Associates, agreed that a one or two day disruption could cause wholesale meat prices to jump. But if the problem is resolved within a few days, he said, restaurants and grocery stores are unlikely to pass those costs onto consumers.

"They would probably absorb those in the short run," Meyer said. "As long as there was light at the end of the tunnel."

If it takes longer to return to normal, say a couple of weeks, customers might start to feel the impact.

"Then you're probably going to have some buyers, whoever depends on JBS for their supplies, that probably could be short product," he said. In that case, for consumers, it would depend on where their local grocery store sources its meat. "If they buy it from JBS then you might see some shortages. If they don't buy it from JBS, you might not see anything at all."

One restaurant has already changed its offerings because of the cyberattack. Evans Barbeque Company in Villa Rica, Georgia, said in a Facebook post Tuesday that it will no longer take bulk orders of pork beyond this week because of uncertainty over supply.

"We're very concerned...because that's a very big part of our business," Alicia White, co-owner of the restaurant, told CNN Business in an interview.

Before the pandemic, Americans might have been shocked by the idea of a meat shortage. But the last year exposed the limitations of the country's meat supply chain, which is highly concentrated among a handful of suppliers, including JBS USA. Early in the pandemic, workers got sick at crowded meatpacking facilities, leading plants to temporarily close their doors. The disruption caused prices to soar and led to spot shortages.

Now, the prospect of more shortages could raise alarm bells for consumers, especially as they've already been paying more for meat: Beef prices were up 6.1% during the 17 weeks ending May 1 compared with the same stretch the year prior, according to the latest numbers from NielsenIQ, which tracks point of sale data from retailers. Chicken prices were up 4% and pork prices increased 2.6%.