Toddler severely hurt after being hit by driver in San Francisco 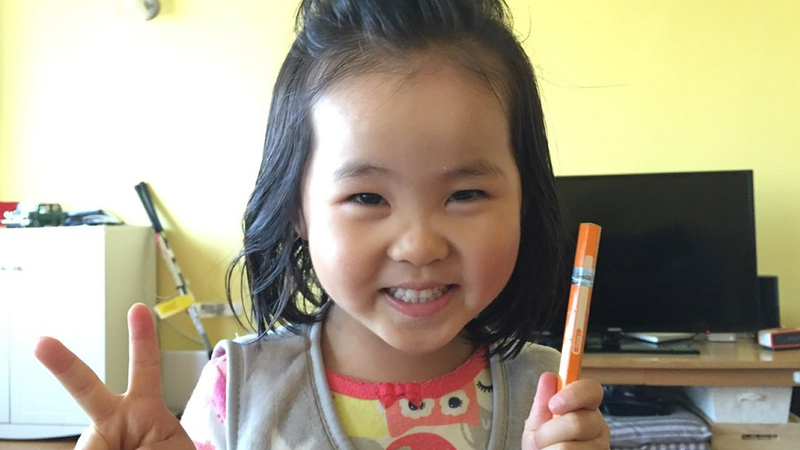 Toddler severely hurt after being hit by driver in SF

SAN FRANCISCO (KGO) -- Instead of trying on her costume, a San Francisco toddler is in the hospital after a driver hit her in a crosswalk. That little girl's father spoke with ABC7 News on Friday about her injuries.

It happened in the city's Laurel Heights neighborhood in a very busy intersection. On Friday, Mayor Ed Lee and San Francisco Police Chief Greg Suhr had a message for young kids who will be bouncing all over town trick-or-treating this weekend.

Sung Gu Kim, the father of 3-year-old Taeun Kim, says his daughter should be getting ready to trick-or-treat.

"We expected to (go to) some party, but everything is gone now," he said.

Instead, she's hospitalized with severe head injuries after being hit in the crosswalk by a car at Euclid and Parker avenues on Thursday.

Her mother was pushing a stroller with their older child. She was uninjured.

The driver stayed on scene and was cited for failing to yield to a pedestrian in a crosswalk. It's a reminder that we're not anywhere near the goal of zero traffic deaths.

"We're about level with last year so we're no were near our goal," Suhr said. "Again, if people just slow down and pay attention. We can do this, we just got to slow down."

The goal on Friday was to make sure the costumes were the scariest part of Halloween.

San Francisco's police chief and mayor appealed to a young audience at Sherman Elementary School, with pedestrian safety lessons for a new generation.

"To make eye contact with the driver," Suhr said. "So when we were little kids it was look both ways before you cross the street."

Simply looking both ways is not enough in this city. Because all superheroes, furry beasts and children should make it home to enjoy their hard earned trick-or-treat candy.

"We all want you to be safe and to have fun, okay?" said Lee.

3 yo Taeun has serious head injuries after driver hit her in crosswalk. Drive safe this #Halloween @SFPD #abc7now pic.twitter.com/cHuJBs9iww