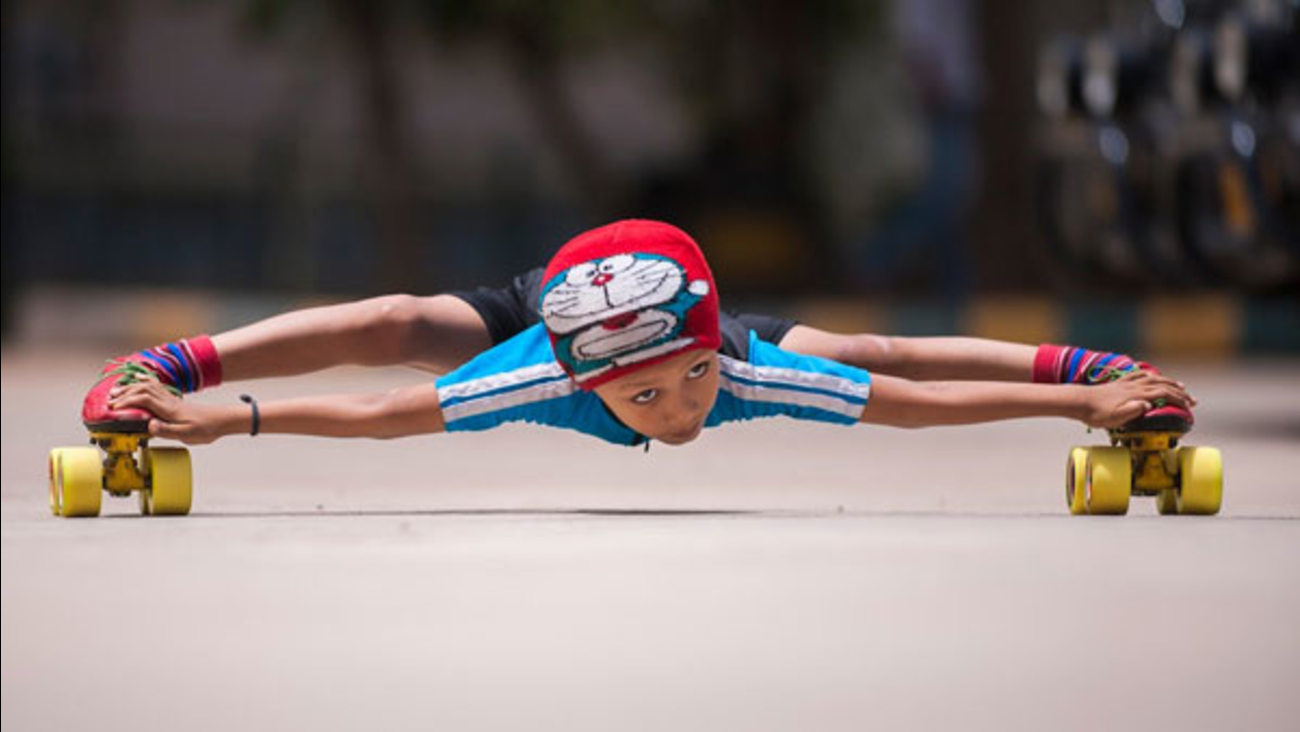 This little guy may soon set a world record in of all things, limbo-skating.

What's limbo-skating, you ask? It's exactly what it sounds like, except more intense: You lie flat to skate underneath things (in this case, it's cars).

Gagan Satish could be on his way to breaking a Guinness World Record for "farthest distance limbo-skating under cars." Barcroft TV reports that the 6-year-old skated under 39 cars in a row. The record is currently held by a 5-year-old who skated under 27 cars in 2012. Both kids are from India.

Gagan's now waiting on word from Guinness that he is officially the record holder. But even if it's confirmed, this little guy loves limbo-skating too much to stop there. His eventual goal is to skate under 100 cars.