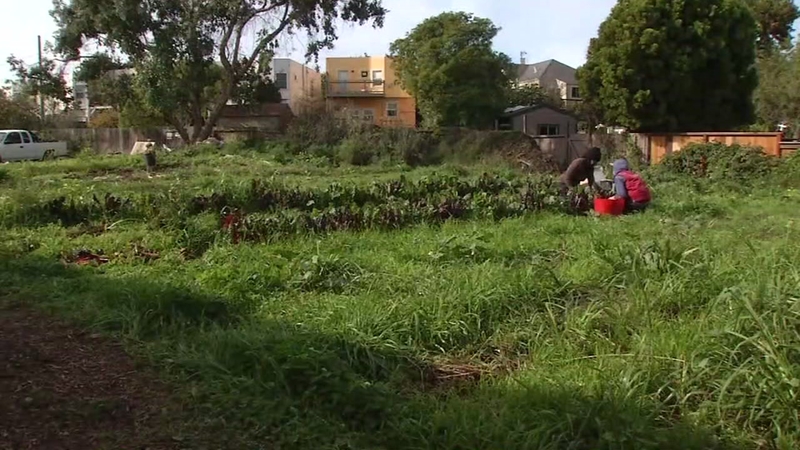 SAN FRANCISCO (KGO) -- Little City Gardens in San Francisco was asked to vacate its land on Cotter Street. Neighbors tried unsuccessfully to keep the farm there. But now a small school will take its place.

Little City Gardens has been in San Francisco's Mission Terrace neighborhood for the past six years. Despite community support, the farm moved out today.

"We're pulling the last of our annual crops, we have a lot of our perennials that lot of various gardens and farm projects around in the Bay area are going to find homes for," said Caitlyn Galloway, Little City Gardens.

Kate Levitt moved to this neighborhood two years ago. It was here that she discovered her love for farming and has been volunteering ever since.

The one-acre piece of land located at 203 Cotter Street was not owned by Little City Gardens. Two years ago a small school called Golden Bridges bought it for $1.2 million with the intent of moving out of its present location and into this wide open space. More than 70 percent of the parcel would remain an open space area with only a few small structures. But neighbors are concerned about the amount of traffic the school would bring even though the school will ask parents to drop kids off at nearby Balboa Park and walk in a group from there.

"It's just a big unknown. Hopefully the school is going to be a great community member and partner as Little City Gardens has been," said Levitt.

The soil here has also helped retain rain water in an area known for flooding.

"Oh it's a big issue, the sand bags out there, are usually across the street also," said Bob Short, neighbor.

The school could open as early as September 2018.

"Children spend a lot of their time indoors, in front of screens not moving, not experiencing nature, so are we are getting them out," said Jessie Elliot, school director.