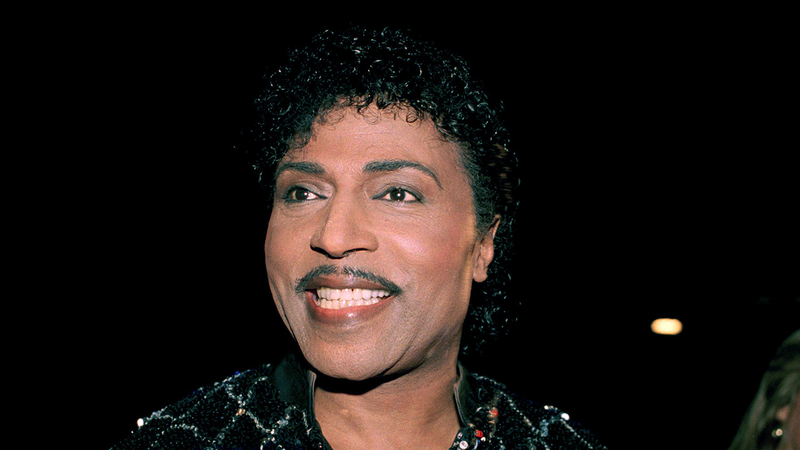 NASHVILLE -- Little Richard, the flamboyant singer, songwriter, and musician known for a string of rock and roll hit songs and fiery showmanship, has died, according to his pastor. He was 87.
Pastor Bill Minson, a close friend of Little Richard's, told The Associated Press that Little Richard died Saturday morning. Minson said the family is not releasing the cause of death.


Throughout his decades-long career, Little Richard sold more than 30 million records worldwide and is credited as one of rock 'n' roll's founding fathers, bringing what was once called "race music" into the mainstream.

Born Richard Wayne Penniman, in Macon, Georgia, he was discovered by gospel and soul legend Sister Rosetta Tharpe when he was 14 years old, according to a 2018 article in the Atlanta Journal-Constitution. Penniman, one of 12 children, dropped out of school after the ninth grade and went on the road to perform R&B music.

His first big hit, the classic "Tutti Frutti," reached No. 2 on the Billboard charts in 1956.

Hits that followed like "Good Golly, Miss Molly" and "Long Tall Sally," demonstrated Little Richard's penchant for high energy performances that seemed controversial at the time of their release, even for the musician himself.

When the Rock and Roll Hall of Fame opened in 1986, he was among the charter members with Elvis Presley, Chuck Berry, Buddy Holly, Jerry Lee Lewis, Sam Cooke and others.

Little Richard speaking about seeing white people in his audiences and how his music brought people together no matter their race.

Few were quicker to acknowledge Little Richard's seminal role than Richard himself. The flamboyant singer claimed he paved the way for Elvis, provided Mick Jagger with his stage moves and conducted vocal lessons for McCartney.

"I am the architect of rock 'n' roll!" Little Richard crowed at the 1988 Grammy Awards as the crowd rose in a standing ovation. "I am the originator!"

At one point, Little Richard declared rock 'n' roll was "the Devil's work," abandoned music for Bible college and became a preacher. Throughout his career, the gay musician struggled with his views on religious and sexual orientation.

"If God can save an old homosexual like me, he can save anybody," Richard once said.

"Regardless of whatever you are, he loves you. I don't care what you are," he said. "He loves you and he can save you. All you've got to do is say, 'Lord, take me as I am. I'm a sinner.' But we all have sinned and come short of the glory of God."