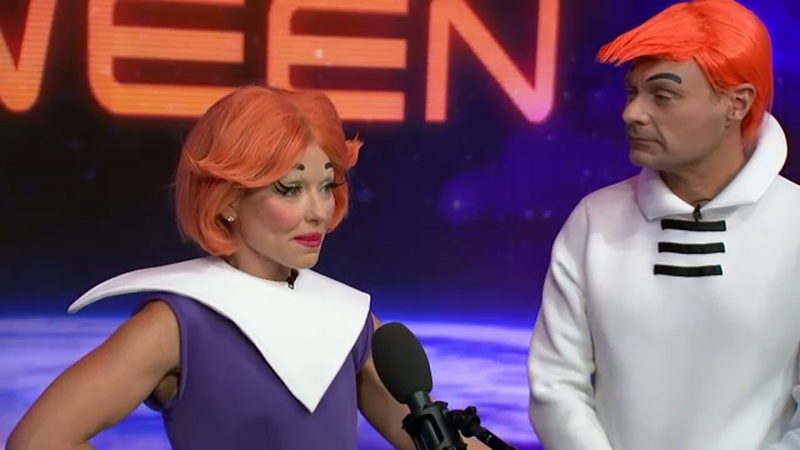 NEW YORK -- It's become a tradition on "Live With Kelly and Ryan" to dress up for Halloween. Each year, their costumes seem to get more elaborate and their costume changes more numerous.

This year they will wear 40 different outfits because, "this is our audience's favorite show of the year," Kelly Ripa told Eyewitness News Entertainment Reporter Sandy Kenyon during a break in taping.

Fans of the show will recall the year they swapped identities and came out as each other.

Before the pandemic, members of the of the studio audience came in costume, but this year they will have to appear virtually.

Ryan Seacrest told Kenyon, "it is incredible to see audience members' great creativity when it comes to this day."

During a time when humor has been in short supply, dressing-up may be more important than ever.

Kenyon interviewed them in costume as the Jetsons, and this is not the first time the hosts have made fun of TV shows.

Only Executive Producer Michael Gelman knows if this will be a trick or treat, because he is the ringmaster, which is what he said as he got into period dress for the "Bridgerton" segment.

The recent trip by ordinary Americans into space inspired this edition of "Live" to be called "Out of This World."

"We've always been a bunch of space cadets around here and finally it's in vogue," laughed Kelly, "it's cool now."