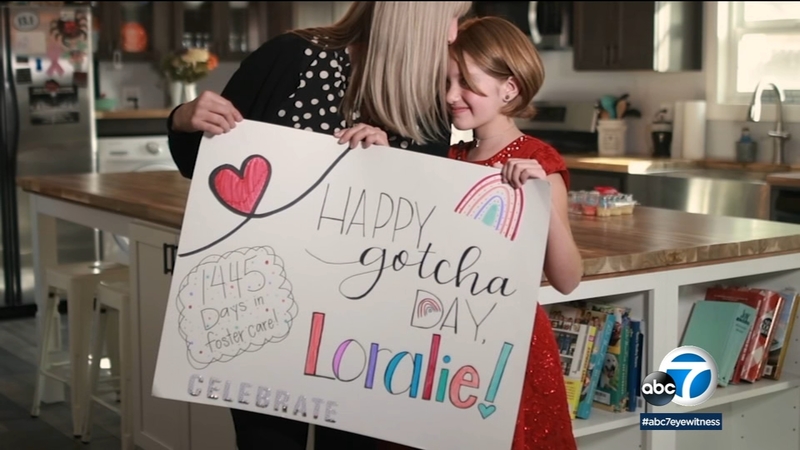 After spending half her life in foster care, 9-yr-old reflects on path

LOS ANGELES -- For kids like Loralie Henry, the journey to adoption has been a long one.

Her time in the system was longer than it should have been because of the pandemic.

"It was actually really scary, too. I didn't know what to expect in other homes or what they would feed me," she said. "I didn't really know what to do. So I thought, 'Well, what should I do? Is there anyone waiting for me?' I was really scared. Until I met my mom. My second grade teacher."

Zoe Henry is a teacher who lives in La Verne, California. She's a single mom, who wasn't planning on adopting.

"She came into my class, and I just took one look at her - her little freckles, her little birthmark," Zoe said. "I am going to adopt this little girl. She's my daughter. The minute I set eyes on her." 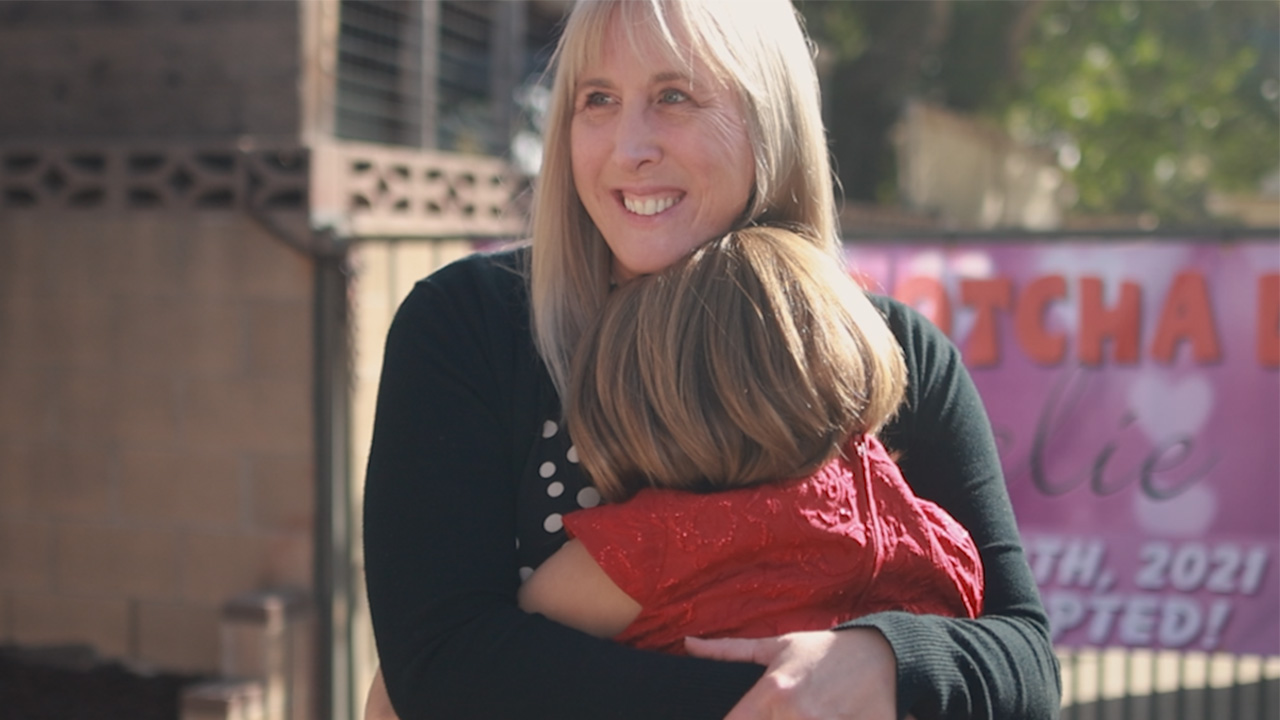 Zoe said she thought Loralie would get adopted by another family, but she found out that wasn't going to happen. She then begged Loralie's social workers to let her adopt and they did.

"Two days later she was in our home," Zoe said.

"I remember the moment when we were sitting by the car, she's like, 'You're going to come with me.' I was so surprised and happy," Loralie said. "It was like an early present."

That was two years ago when Loralie was in the second grade.

"She's been in a lot of places, had a lot of obstacles to find her way here. But we're very thankful for that journey, and it's made her a brave and strong and just an amazing little girl," Zoe said. "She is probably the most compassionate person I know.

"She wants to be a foster mom some day and adopt kids."

On Nov. 20, National Adoption Day, Loralie was among 165 other kids officially adopted by their forever families. They're no longer in the care of L.A. County Department of Children and Family Services.

Normally, their ceremony would happen in person in a courtroom. But the virtual ceremony for the Henrys was just as special.

"Biological parents have the right to contest. That did not happen. I know her mom really loves her. I know she really wanted to be a better part of her life," Zoe said. "But like I tell Loralie, her mom loved her so much that she would let her be adopted so that I can give her what she needed."