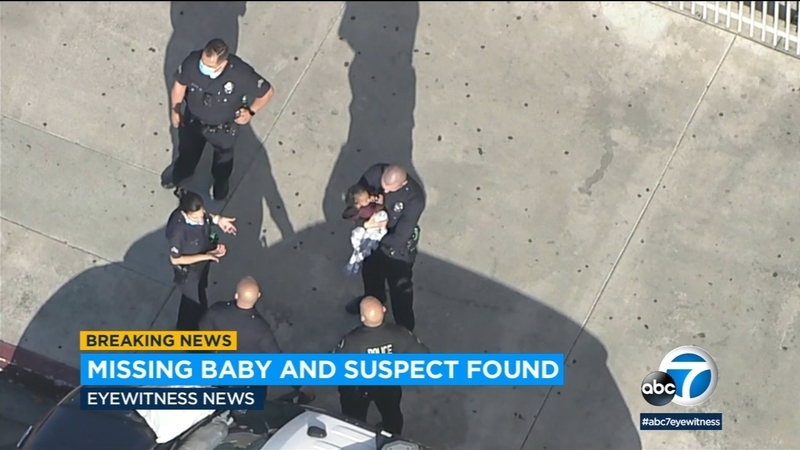 The baby, identified as Heather, was found in downtown Los Angeles near 52nd Street and Broadway Monday afternoon.

Details on her condition and the circumstances that led to her being found were not immediately disclosed.

The 39-year-old man suspected in her kidnapping was also taken into custody.

The child was taken Sunday around 6 p.m. in the 8100 block of Western Avenue, and was reported missing Monday morning, the LAPD says.

The girl was identified as Heather.

The suspect has been identified as Delaneo Adams, 39.

He is described as a local homeless man known to the family, but he is not related to the girl or her parents.

He was at the home Sunday night and took the baby.

"He came into the home," said LAPD Det. Liliana Preciado. "He is known to the parents. When one of the parents was out of the home and the other one was distracted, he took the baby."

Police searched skid row and other areas the suspect is known to frequent.

Adams is described as 6 feet tall, weighing approximately 185 pounds. He was last seen wearing a purple Lakers jersey, black shorts and Nike sneakers. He was riding an adult tricycle.

11- Month Old Baby Heather Taken
Heather was taken, last night March 7, 2021 at 6pm. This occurred at the 8100 block of S. Western Ave and was reported to @LAPD77thSt Div this morning. We need your help locating them. Suspect is 39-year-old Delaneo Adams. pic.twitter.com/abAF9GgDMi