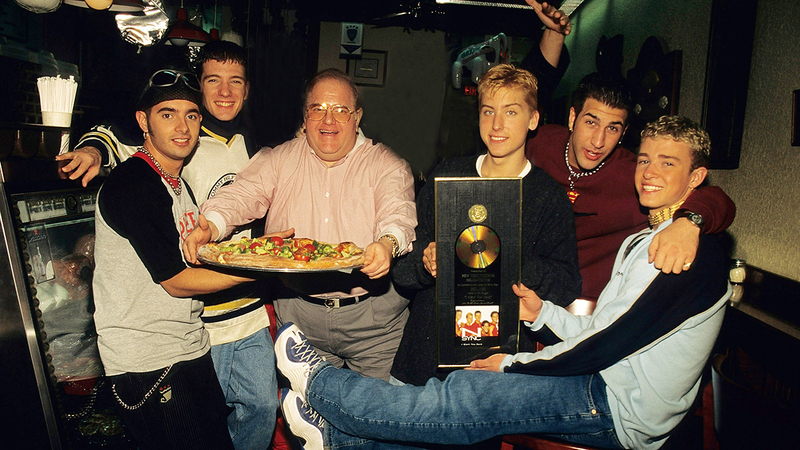 How NSYNC's '6th member' sued its members, landed in jail

Saying Backstreet Boys and *NSYNC influenced late-1990s pop culture is an understatement. Yet behind all the choreographed stomp, top-charting hits and frosted tips, Lou Pearlman had influence over them.

"The strangest part of the whole boy band world is that the two huge boy bands were created by this great big dude from Queens who made his money from blimps," said television personality Dave Holmes.

Referred to by former *NSYNC member Lance Bass as the "sixth member of the group," Pearlman made each band member a household name - and, at the same time, didn't pay them enough to afford their own housing, Bass said.

"I was in the biggest band in the world and selling millions of records ... but I can't even afford my apartment in Orlando. I couldn't even get a car," Bass told ABC's "20/20."

Pearlman decided to get out of the blimp business in the 90s after seeing how fans reacted wildly to a New Kids On The Block performance.

With a keen eye for casting, Pearlman formed the Backstreet Boys and later *NSYNC.

Before receiving their first check, Bass said that they were about to become millionaires. But when they opened their checks, Bass said the amount was for $10,000 each.

"I didn't want to seem ungrateful because at that point, yes, $10,000 was a lot of money," Bass said. "We went back to the hotel room and that's when it all just hit me. I was so disappointed. And I ripped up the check. Like ... I knew something was wrong."

Similarly, Backstreet Boys claimed that they had only received $300,000 since 1993 while Pearlman had made $10 million, according to a 1998 lawsuit.

After their attorneys found a loophole in their contract, *NSYNC left Pearlman for Jive Records. The band was hit with a $150 million breach-of-contract lawsuit in an effort to stop the move and stop them from performing or recording using the name *NSYNC, among other demands.

During this very public legal battle, the boy band manager was also running a Ponzi scheme. Under a brand he called "Trans Continental," Pearlman convinced investors he was building "an empire."

Pearlman's childhood friend even said they used a model 747 to convince investors his airline was up and running.

In 2008, he pleaded guilty to conspiracy, money laundering and making false statements in connection with the scheme.