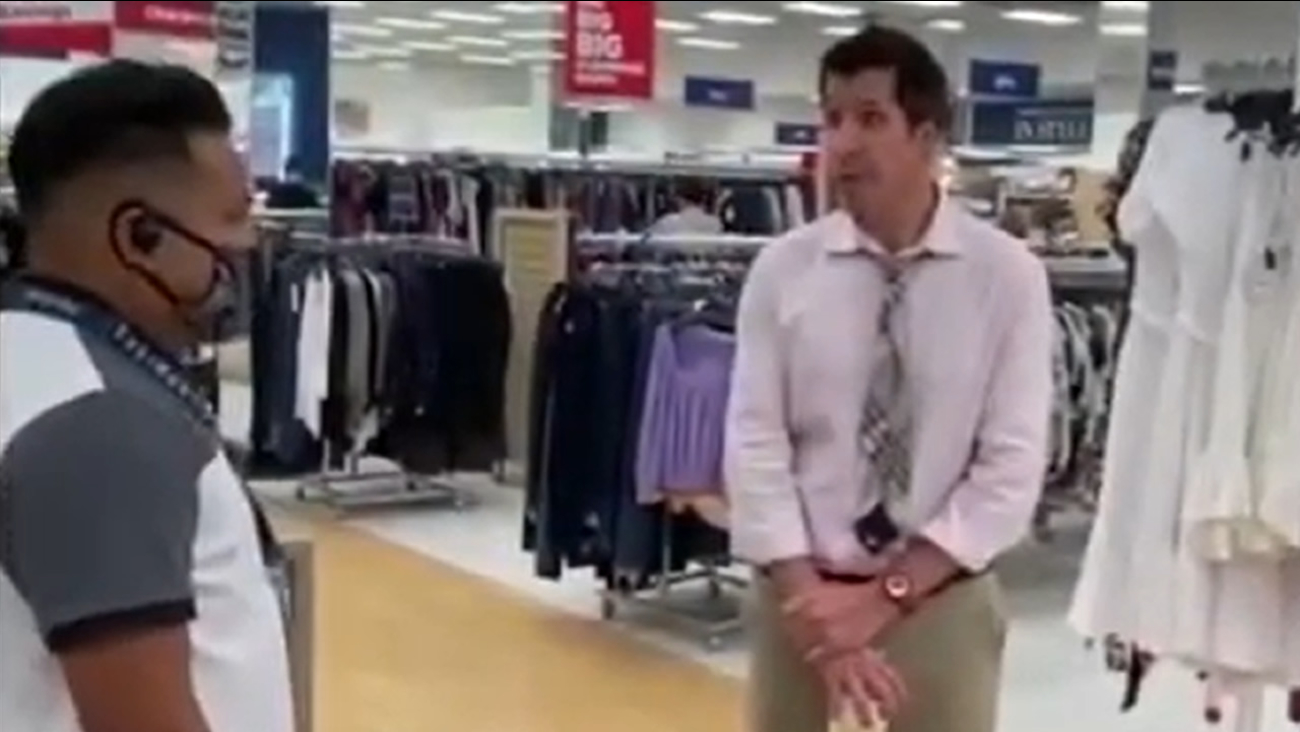 CAMPBELL, Calif. (KGO) -- There are new developments in a story involving a recent racist and homophobic rant, caught on camera at a Marshall's department store in Campbell. The incident stemmed from a request to wear a mask amid the COVID-19 pandemic, according to Campbell Police Department.

The person who recorded the video initially claimed another man, who has since identified himself as Arthur Master, had exposed himself during their confrontation. Master legally changed his name from Tim Gaskin.

Surveillance footage provided by Marshall's showed Master did not expose himself.

White added, the surveillance footage did not include audio.

A restaurant in Northern California is facing complaints after customers say staff has refused to serve anyone wearing a mask.

Witnesses said employees had asked the man to put on a mask, or leave.

That's when Master challenged workers, claiming that doing so would be a health code violation. He also referenced the Americans with Disabilities Act.

Master confirmed he and his boyfriend stopped by the Marshall's, that Monday. He said, "I cleared my exemption for not wearing a mask with the gentleman that works the front desk, the front door. He let me in."

Master explained he was gay-baited, and harassed by the man behind the camera. Master believes the man was recording the incident with the intention of going viral.

At one point, Master is captured telling the man behind the camera, "It's a $75,000 fine. Dumb Mexican guy here doesn't know because he doesn't speak English."

Capt. White shared this piece of advice as people continue to navigate the COVID-19 pandemic, "I know everybody's stress level in this time is really high. People are out of work and stuck inside, and children are stuck inside. So, we're definitely seeing the pressure start to break at some of the seams here. I guess, if we could take a step back and try and put yourself in other people's shoes, that's always a good place to start."