KGO
By Wayne Freedman
PALO ALTO, Calif. (KGO) -- Operation Varsity Blues, as they're calling it, has caught many Marin County parents and schools by surprise.

Two of the people indicted in Marin County served as trustees in local schools.

Todd Blake of Ross, indicted with this wife, Diane, stand accused paying bribery money and misrepresenting their daughter as a volleyball star who played for national championships -- all to get her into USC.

When that university accepted her last August, Blake tweeted congratulations on Twitter, writing, "Very excited my daughter will be attending USC next year. Fight on Trojan family."

More alarming, Todd Blake retired last December from his role as a trustee in the Ross School Districts. Superintendent Michael McDowell said Tuesday, "All I can say is Todd was a trustee for nine years. And we are very surprised to hear the news."

According to the indictment, many applicants posted false athletic profiles, with Photoshopped pictures. The indictment indicated the parents knew everything.

"You got an NFL punter?"

"Totally hilarious," the indictment quotes Mill Valley's William McGlashan, the founder and managing partner of TPG, a global investment firm. He's accused of formulating an athletic profile for his son, trying to get into USC as a kicker and punter from Marin Academy -- which doesn't even have a football team.

The indictment says he paid bribery money and to have his son's ACT exam faked.

As of Tuesday afternoon, Marin Academy still listed McGlashan on its Board of Trustees.

Marin Academy released a statement which reads in part: "We were shocked by these charges, and are especially concerned about the impact this will have on their children.

The only information we have is what has been reported in the media and what is detailed in the criminal complaint. There is no indication that anyone who works at MA was aware of or participated in the alleged illegal and highly unethical behavior detailed in the charges..."

According to the indictments, students were not aware of what their parents allegedly did for them.

All believed they were getting into these elite schools on their own merits. 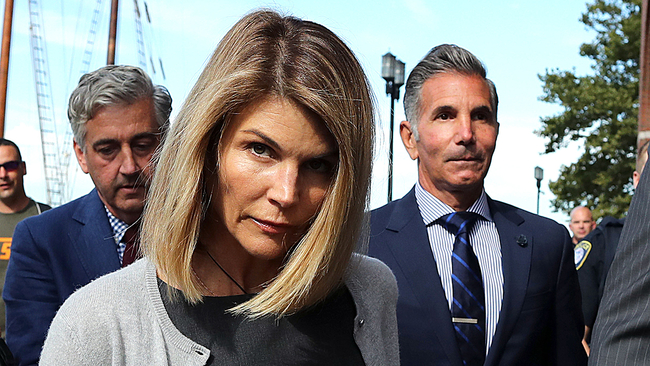