Mario Woods remembered by community on his birthday 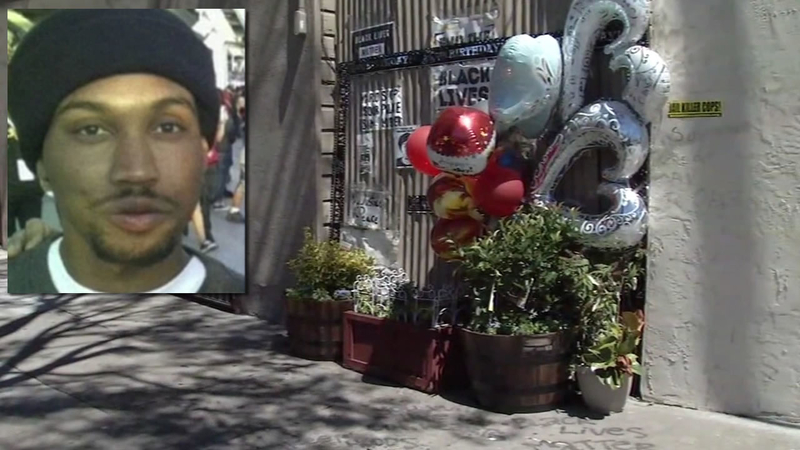 SAN FRANCISCO (KGO) -- Friday is the first official Mario Woods Remembrance Day, to honor a man who was killed by San Francisco police. Today would have been Woods' 27th birthday.

"This day represents a healing process for the community," said Daniel Muhammad of the Justice for Woods Coaliion.

Across the street, balloons and pictures fill the area near where San Francisco police shot and killed Woods in December. Woods had a knife and police had said he was walking towards officers with it.

Officers shot Woods more than 20 times. The incident was captured on cellphone video. There have been several protests since.

"All lives matter, but black lives must matter cause black lives are being taken," Muhammad said.

In January, the San Francisco Board of Supervisors unanimously passed a resolution naming July 22 Mario Woods Remembrance Day. It has not been without critique. The motion angered law enforcement officers.

"Everyone is going to have a different take on why they voted for it. For me, it was about bringing awareness, said San Francisco supervisor Norman Yee.

"With a lot of the criticism for the supervisors passing this has been a hard issue to carry for the city, but it's also a turning point," Muhammad said.