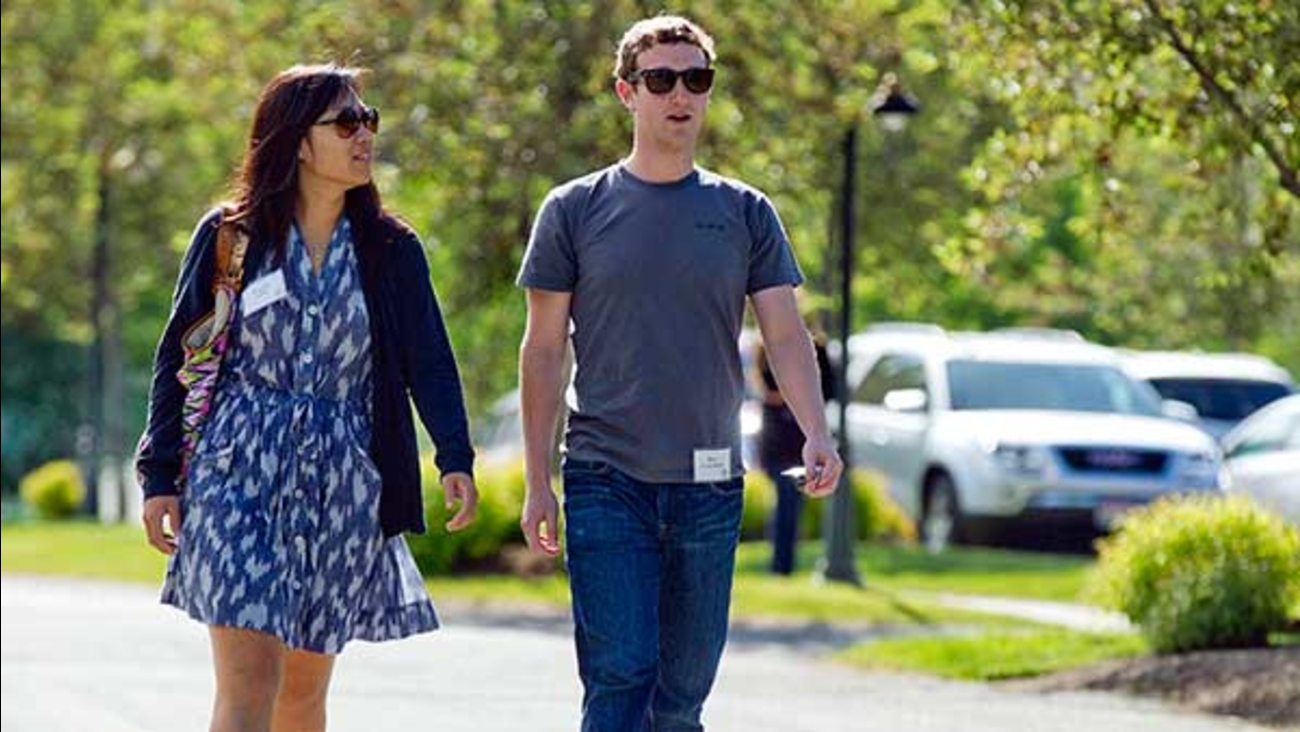 The day after the World Health Organization called Ebola "the most severe, acute health emergency seen in modern times," a social media mogul is stepping in to help financially.

Facebook founder Mark Zuckerberg released a statement Tuesday that he and wife Priscilla Chan are donating $25 million to the Centers for Disease Control Foundation to help efforts to help slow the epidemic.

Zuckerberg said that it's important to be proactive about fighting the disease now to prevent it from becoming "a long term global health crisis that we end up fighting for decades at large scale."

The director of the CDC, Dr. Tom Frieden, agrees that now is the time to act.

"There is a window of opportunity to tamp this down, but that window is closing," Dr. Frieden said in a press release. "We need action now to scale up the response."

So far, more than 4,000 people have died from the disease, most of them in West Africa. The World Health Organization has warned that the epidemic could reach a rate of 10,000 new cases a week.

"We are hopeful this will help save lives and get this outbreak under control," Zuckerberg said of the grant he and his wife gave.

Here is his full statement: 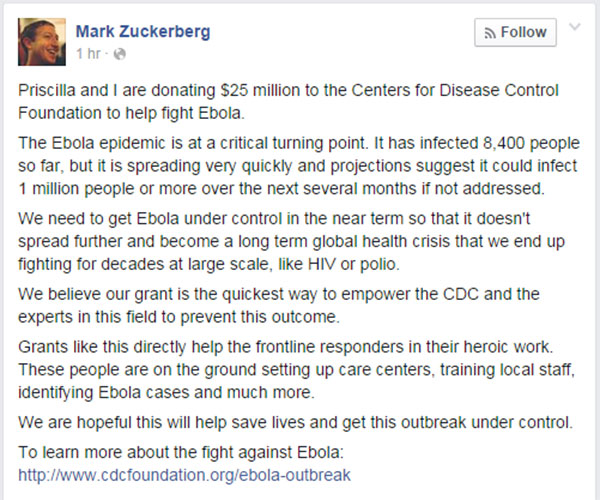