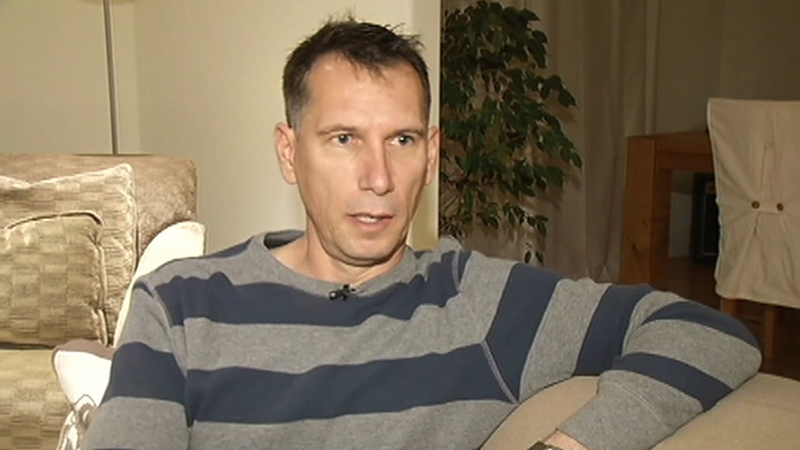 SAN FRANCISCO (KGO) -- Here's a question -- would you be willing to live forever in the history books, but perhaps never be here to see it? The pool of candidates willing to move to the Red Planet has narrowed down to 100 people, and several of them are from the Bay Area.

Imagine leaving the comforts of home to live on Mars, a cold hostile place. And once the colonists arrive, there's no coming back.

Peter Felgentreff is perfectly happy at his Montara home and enjoying his career in tech, but he's willing to leave it all behind.

The 50-year-old is 1 of a 100 people selected begin training to colonize Mars. The 100 were narrowed down from a pool of more than 200,000 men and women from all over the world.

Here's an artist rendering of what the human colony on Mars could look like in 10 years when people try to live there. (Feb. 17, 2015/ABC7 News)

"I think, ultimately, it has to do with me being able to work with people and being able to be in an environment that could be very monotonous at times, but someone who could still stay engaged," he said.

The nonprofit Mars One Foundation will be setting up outposts on remote corners of the earth to train the 100 candidates this fall.

Their training will include scenarios of what could happen during their time on Mars, like running out of water or dealing with a malfunctioning air supply unit.

Kenya Armbrister of Oakland doesn't seem fazed by any of it. The 36-year-old is also among the 100 candidates selected.

"To be able to go to Mars is not only just for me, it's for the whole human race to, you know, to move forward in the universe," she said.

After the fall training session, the candidates will be narrowed down again to the final 24. If all goes according to plan, the first group could be on Mars in 10 years.

It's a one way ticket, so if Felgentreff makes it to the final round, he'll have to say so long to his wife.

"You know, I love my wife dearly, she's been a wonderful supporter of this entire thing and this adventure, but I'm not there yet, am I?" Felgentreff said.