MOSS BEACH, Calif. (KGO) -- The massive waves at Mavericks Beach routinely draws the most talented, dedicated surfers from around the globe. But it's a Bay Area surfer's dedication to the water that defied this odds this week. It's why friends of Christopher "Christy" Davis call him "The Legend". 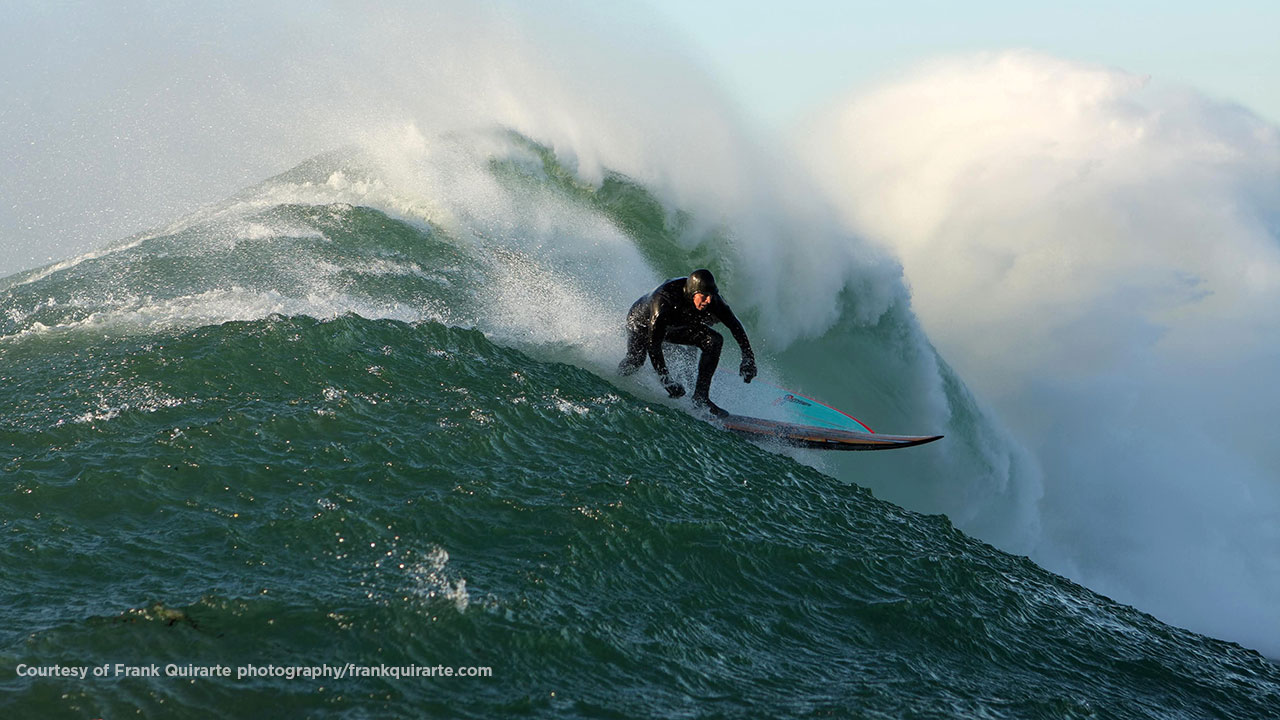 "I was having a great session for really good waves...10 or 15 minutes later, I started having pain."

That pain was just the beginning of something much worse.

"Then I started feeling pain going down my upper arm and I'm like this is not good. I was getting nauseous, gagged and dry heaved a few times... all signs of a heart attack."

His fellow surfers tried to pull him back to shore but even a heart attack wasn't enough for Christy to stop paddling on his own.

Christy, taking it all in stride, literally, even walked himself half a mile back to his car. He says being in great shape, surfing one to four times a week since he was eleven years old probably saved his life.

"My lovely wife Fiona is like OK here we go again," says Christy as he gives a deep laugh.

"Again" refers to May of 2018 when Christy broke his neck and several vertebrae while surfing.

Fiona and Christy have been married more than 30-years and says even this experience won't deter her from supporting her husband pursuing his passion.

RELATED: Surfer recounts tale of brutal wipe out at Mavericks

Fiona believes karma is what keeps Christy alive. A way for the universe to thank him for saving two fisherman who had capsized at Mavericks 20-years ago.

The couple begins to sob as tears well up in their eyes recalling the incident.

"It still chokes me up...both of us until this day. One guy had two kids...the other guy was having his third kid...and they survived."

Christy is just grateful to live another day and does not take a second for granted.

"You know what? The sky is blue, I'm alive and I can wiggle my toes. There will be another wave!"