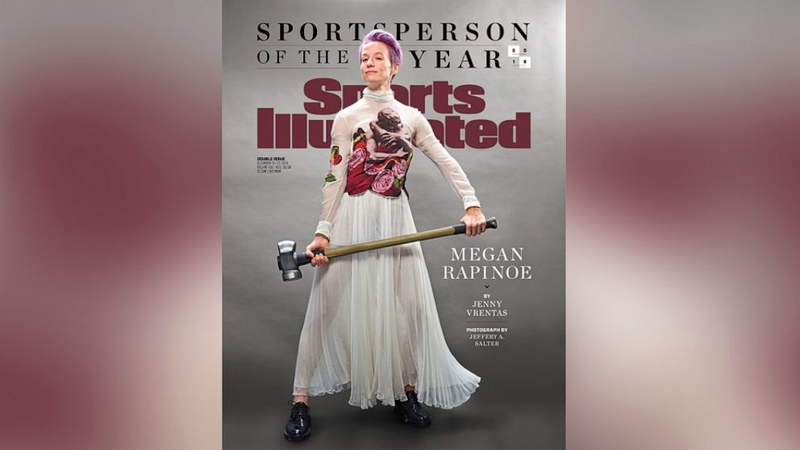 US soccer star Megan Rapinoe is 'Sportsperson of the Year'

U.S. national team star Megan Rapinoe has been named Sportsperson of the Year by Sports Illustrated.

Rapinoe, FIFA Player of the Year and a two-time World Cup winner, including this year's tournament in France, was selected for dominating "the world's game, on the world's stage, under attack by a world leader."

The magazine says Rapinoe is just the fourth woman in the award's 66-year history to win the honor unaccompanied, calling it "a remarkable athletic achievement and a reflection of entrenched gender biases."