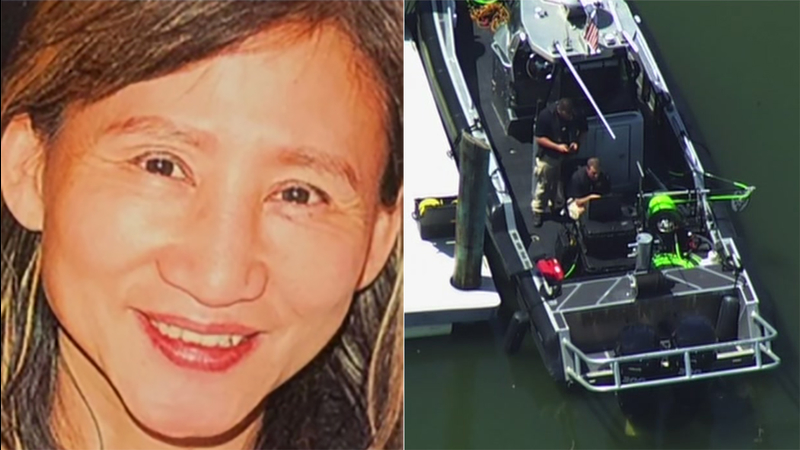 DISCOVERY BAY, Calif. -- A 53-year-old woman reported missing earlier this week in Discovery Bay was found dead in the water Wednesday night, according to the Contra Costa County Sheriff's Office.

A man flagged down a deputy shortly before 9:30 p.m. Tuesday to report that his wife, Ching "Ping" Chen, had gone missing around 7 p.m. from their home in the 5500 block of Beaver Lane near Cornell Park, an area surrounded by water, sheriff's officials said.

Deputies were not able to find her during an initial search or during subsequent efforts Wednesday morning. At about 8:30 p.m. Wednesday, Chen's body was found submerged in the water behind a residence on Beaver Lane, according to the sheriff's office.