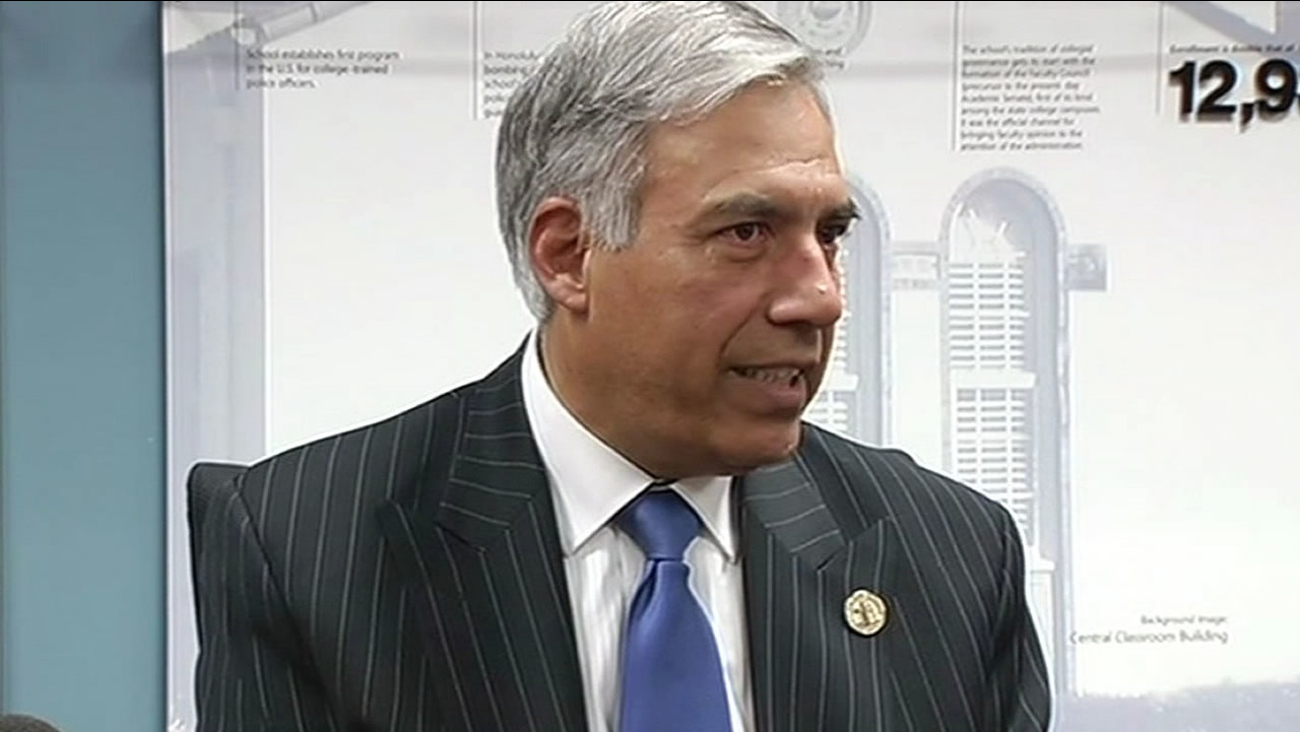 SAN JOSE, Calif. (KGO) -- San Jose State University's president is stepping down. Mohammad Qayoumi will leave the university next month after four years on the job.