A teacher and former students came forward Tuesday with new shocking allegations at a news conference. They are calling for a change in leadership at the school.

Dina Leonis' voice was shaking as she spoke publicly about the sexual abuse she says her daughter endured as a student at Presentation High School in 2013.

"What this has done to my daughter's life and family is nothing that I would ever wish on anybody," said Leonis.

Leonis says the female water polo coach was the predator.

"The coach was texting my daughter 10 to 20 times a day grooming her and telling her she was sexy and beautiful," said Leonis.

Leonis said her daughter also received massages and inappropriate photos from the coach. Three teammates as well as Leonis told administrators about the behavior, but she believes it was never reported to police. She and former Presentation students appeared Tuesday at a news conference with attorneys.

"We need to immediately get a change in leadership get someone in there at this beautiful school who takes child protection laws seriously. Right now we don't have that," said Robert Allard, an attorney working with victims.

Former students Katherine Magana said she was also a victim in 2006. She told her counselor about inappropriate sexual remarks made by her math teacher to her and fellow classmates.

Attorneys say there is a pattern of cover up by the administration at Presentation. They are working with police to see if the school violated laws that require school employees to report suspected sexual abuse. They say so far 17 victims have come forward claiming sexual misconduct. They allege eight teachers and coaches are involved.

The principal at Presentation High School would not go on camera, but told us that all reports of sexual harassment that have come to her have been handled properly by the school administration. The high school says staff will complete Mandated Reporter Training from the Diocese of San Jose in January and a task force will be assembled to review current school policies. That's no solace for Leonis, who has a message for parents. 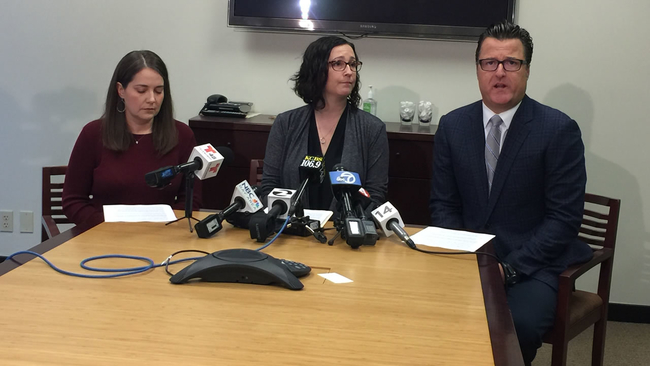