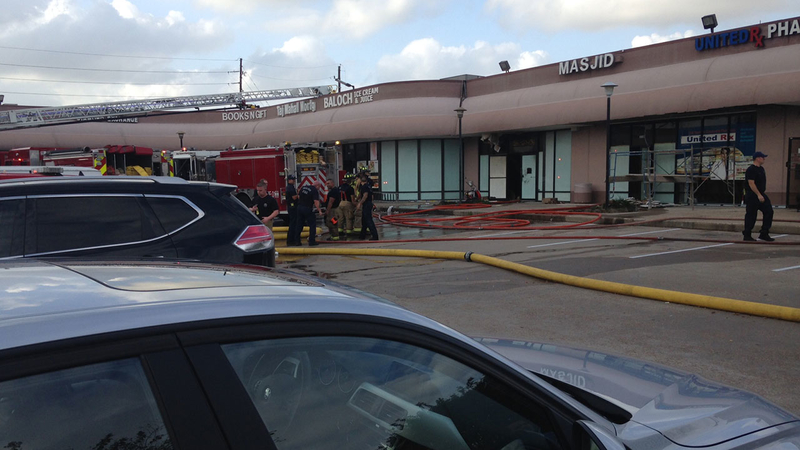 HOUSTON -- An official from the Bureau of Alcohol, Tobacco and Firearms says a fire at a Houston mosque is suspicious.

The fire was reported Friday afternoon at the Islamic Society of Greater Houston. The two-alarm fire caused major damage to the building but no one was injured.

Special Agent Nicole Strong with the U.S. Bureau of Alcohol, Tobacco, Firearms and Explosives' Houston Field Division says the blaze had "multiple points of origin," which is an indicator that a fire accelerant may have been used.

The Houston Fire Department is investigating with help from the ATF.

The executive director for the Houston chapter of the Council on American-Islamic Relations has called on law enforcement to investigate, citing a recent spike in vandalism to mosques that have prompted hate crime investigations.