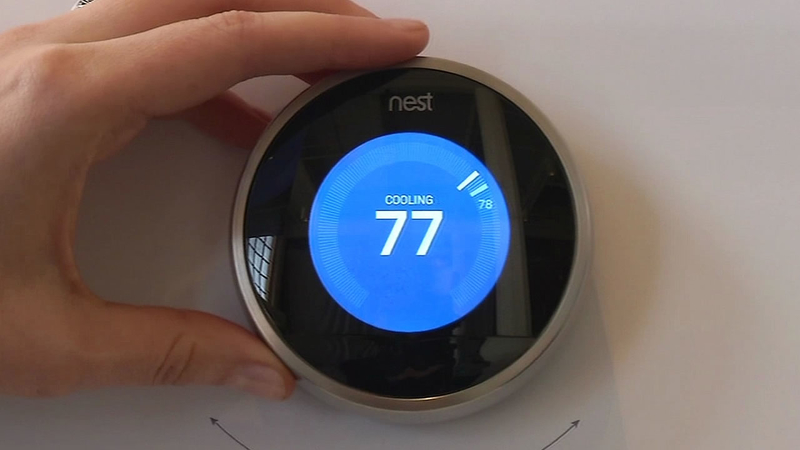 SAN FRANCISCO (KGO) -- Connecting a device to the internet usually means Wi-Fi or 4G cellular, but now in San Francisco there is a third option.

Samsung's hottest new gadgets all have one thing on common -- they're connected. One man said, "You connect your phone to your tablet, your tablet to your watch, your watch to your TV."

Over in Korea, Samsung has connected washing machines and refrigerators. They're not streaming movies. They're just sending tiny bursts of data -- like "Hey, you left the door open."

"Just whispering rather than shouting data. What they're sending is important, but it can be sent in little bits," Sigfox North America president Allen Proithis said.

For those devices, called the "internet of things" the city of San Francisco unveiled a totally new network.

Already widespread in Europe, San Francisco will be home to the first Sigfox network in the U.S.

This network is not described as a cellular network or a Wi-Fi network, but rather the thing in between.

The new network is cheap like the Wi-Fi in your smart thermostat, but it's also long-range, like the cellular in soil sensors. It's a low-speed connection, but it's also very low power. The network us already up and running.

Talking about whispers of data, what better place to whisper than the library? And that's where they've put the antennas for this new wireless network, on top of public libraries, all over the city.

"Just because of the way libraries are designed to be distributed in every neighborhood," Miguel Gamino, the San Francisco chief information officer, said.

The city gave Sigfox a one-year lease on the roof space and city government could be one of the first users -- replacing costly cellular service for things like smart parking meters.

"Moisture sensors, so we know when we should be watering our parks and when we shouldn't be. Or you can think about intelligent lighting systems that let us know when they're not operating," Jay Nath, the mayor's chief innovation officer, said.

And consumer products are coming. Imagine a smartwatch with weeks of battery life and no need to pair with your phone.