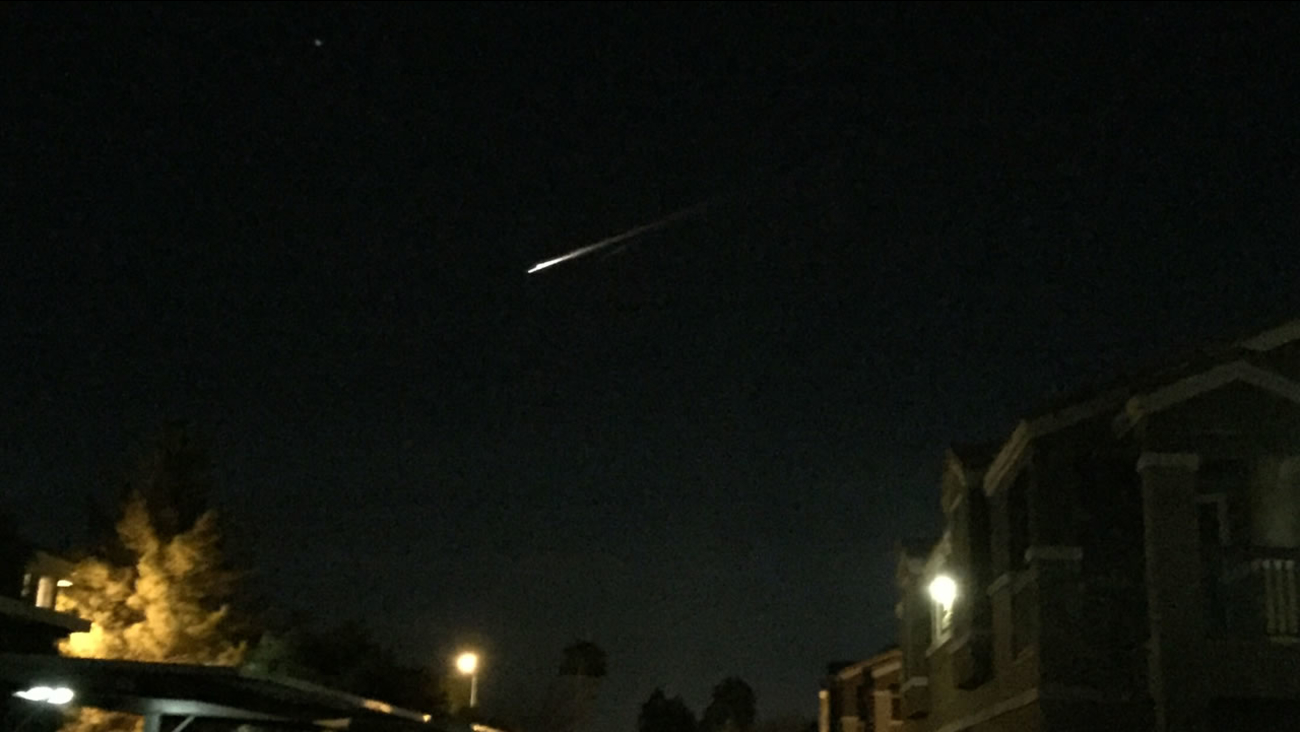 A streak of light is seen over an apartment complex in Las Vegas on Tuesday, Dec. 22, 2015. (Gunnar Lindstrom via AP)

PHOENIX -- The body of a Russian rocket that burned up Tuesday night as it entered the earth's atmosphere set off a wave of excitement on social media and fueled speculation over what caused the flash of light to shoot across western skies.

@ktnv @reviewjournal Shooting star across Las Vegas & Henderson. From NW to SE past our house near AG Sports Park pic.twitter.com/RfpUD1fw4H

@FOX5Vegas Captured an amazing meteor in Las Vegas around 6pm tonight! Saw it breaking up as it fell to earth! pic.twitter.com/xK2ObyL5o9